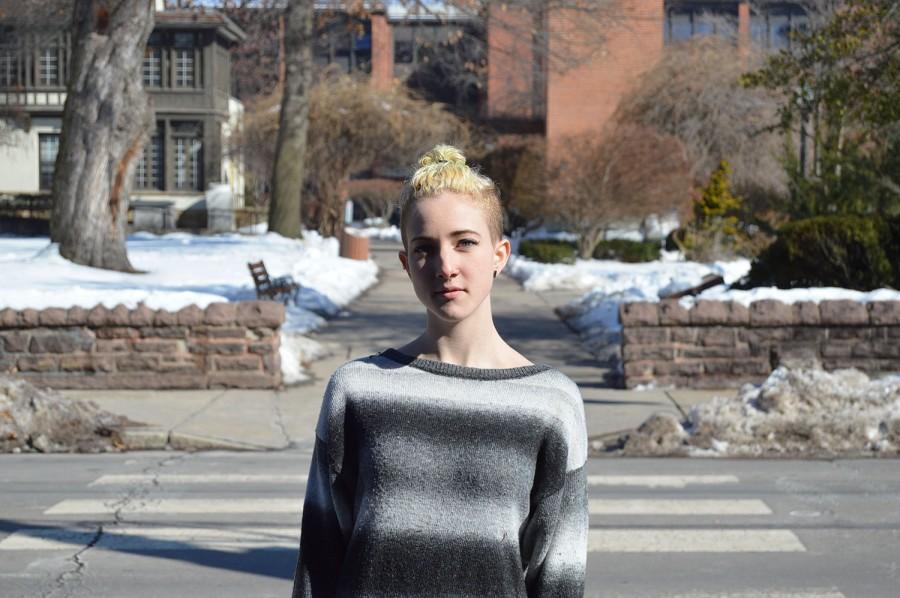 With fire-red hair and 5-inch heels, Josephine Latimer walks tall and fierce through Wilkes’ campus. However the confidence and ease that she carries herself with is not always an accurate depiction of how she feels.

“You feel like there’s cinderblocks tied to your ankles.. like everything is clouded in this thick heavy fog. You feel like you’re just moving through molasses.”

Latimer, 19, describes in vivid detail what it is like to go through an episode of depression, in which she herself has fallen in and out of ever since her parents’ divorce. Although a constant battle that she must repeatedly overcome, as an English major and creative individual, she credits her best work as coming from her darkest times.

When first faced with this recurrent challenge, Latimer described herself as “withdrawing from everything and everyone.”

However, she was not alone, as 1 out of every 4 college students suffer from some form of mental illness, including depression, according to Healthline, a website that provides medical information, statistics, and advice.

It was in these times that she most deeply explored and utilized her “creative energy.” In this respect, some of the lowest points of Latimer’s life unleashed what she considers to be the peaks of her literary journey thus far.

From a young age, Latimer had a passion for English, literature and writing. She portrays her childhood as a pathway to this love, as it was more often filled with books rather than toys. Growing up with an English teacher as a father and an older brother that majored in English, she was continuously encouraged to pursue her dream.

Along with her father and brother, who constantly showered her with support and assistance, Latimer described Dr. Thomas Hamill as being one of the most influential people in her progression as a writer.

“She is an engaged student. She has a voice, and when she speaks, it’s important,” says Hamill of Latimer.

Hamill also comments on the different perspective that she is prone to taking about the characters in the work. For example, where most students may regard a character as weak, Latimer is able to find the positive, strong angles of their identities.

Latimer’s success as an English major is exemplified in the honor she has been given by being one of only three students from Wilkes chosen to read their paper on the agency of good women in Chaucer at a conference at Moravian College on Dec. 6.

“I’ve always written.. specifically my poetry best defines me as person,” said Latimer of her love of writing and the raw emotions she often finds herself embedding in her works.

Her writing does not only apply to school and her successes, however, as she describes it as the main outlet for her emotions, her “release.” Latimer strongly feels that whether it is when she is euphoric or in the depths of depression, her times of emotional extremes are when her writing benefits most, paralleling her emotions.

Latimer relates the dark writing that often comes from this state of mind to a book she has recently read, Secret History. Within this story, there is a quote that attributes one’s ability to find beauty in the grotesque to human nature.

By mentioning this quote, Latimer intends to demonstrate the beauty that others recognize in works such as hers. This idea is proven accurate when considering the many famous poets and writers that consider their own depression as a driving force behind their works. These creative minds include Edgar Allen Poe, according to The Daily Beast.

Latimer recognizes that depression is a key factor of who she is, but she refuses to let it define her. She more readily identifies herself with the creative, raw works that come out of these dark periods, rather than the illness itself.

With this mindset, Latimer aims to squash the stigma associated with depression.

“It’s something I shouldn’t have to hide, and I’m not ashamed of,” Latimer said. “If more people are able to recognize that they’re going through this and that they’re not alone.. more people would definitely seek help.. I feel like that’s an indicator of strength and not weakness.”

As Latimer emphasizes the role of emotions in her work, Hamill also notes that she shows a “genuine responsiveness” to the controversial issues brought up in class through her writing.

Latimer further describes writing as her most relied upon coping method, and something that she has always found comfort in.

If battling depression and wanting to seek help, contact Wilkes University Health and Wellness Services at Passan Hall to set up a free appointment. To make an appointment, call 570-408-4730.