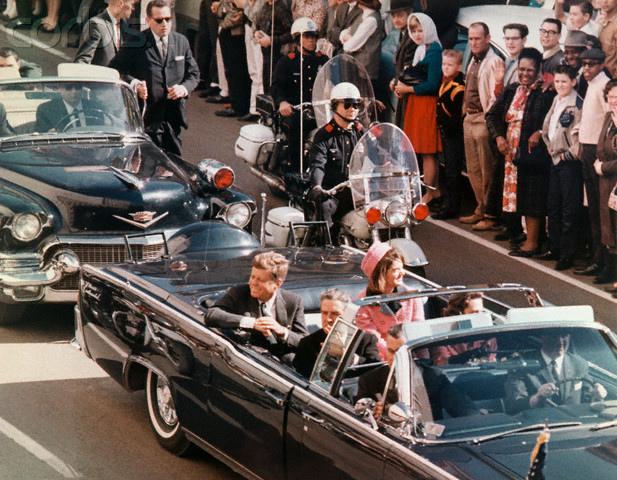 Reports were sketchy at first. Even the most reliable news-sources were in the dark about the details. For a good amount of time on November 22, 1963, all the American public knew was that three shots were fired in Dallas at the presidential motorcade. Some stations were getting word that the president had been wounded. Others got the all-clear and claimed he escaped unscathed. What nobody knew on that fateful day was that the world would never be the same.

The United States of America has always had a unique tendency to condemn their public figures to martyrdom in times of crisis. It seemed those doomed to die in the line of duty were also blessed to live forever in the public memory.

Before this fateful day in mid to late November, the last president to die in office was Franklin Delano Roosevelt in 1945, a frail old man, confined to a wheel-chair by polio, and serving the longest term in office the country had ever seen and has seen since. When the White House was won by John F. Kennedy, a 44 year old Senator from Massachusetts, it showed a shift from the more conservative past of segregation and separation in the United States to a new dawn of change and liberalism.

Kennedy’s first three years in office were rough. Scandals surrounding the failed Bay of Pigs invasion gave his critics a platform to shout from. Then the Cuban Missile Crisis came and Kennedy narrowly avoided nuclear war through his individual actions. The 1963 South Vietnamese coup shifted American eyes to Southeast Asia where the threat of communism was escalating quickly.

And then, suddenly, all of these events seemed unimportant.

“Everybody stopped what they were doing when Sister Terresilla’s voice came out of that loudspeaker loud and clear. She said that the president had been shot, they didn’t know how badly he was hurt, and that we should stop what we were doing and pray.” Explains Lynne Cooney, a Wilkes alumni. Cooney was only seven years old when President Kennedy was assassinated.

“And the funny thing is that it doesn’t matter how old you were at the time, if you had even the vaguest sense of self awareness, the feelings and details of where you were when you heard the news are branded in your mind.” Cooney further adds.

“For me,” Baldino elaborates “I was in highschool, and we were just getting ready to start gym class and our gym instructor comes in and says ‘Pack up your stuff, go to the locker room, classes are not being held, school is going to be dismissed, the president’s been shot.’”

Baldino, living just outside of Philadelphia, had a close to two hour commute to school. And while riding home, remembers how “People were blank faced, quiet, hardly anybody speaking. Everybody was numb.”

He arrived home to Walter Cronkite relaying the news of the fallen president to all of America.

It’s been 51 years since Kennedy’s assassination and yet John F. Kennedy is still seen as one of the greatest presidents of all time, despite him serving less than a single term in office. Jacquelyn Gallo, a freshman at Wilkes, believes the mythology surrounding Kennedy is simply “Because he was good looking and young and liberal.” Whereas Cheyanne Gormely, another freshman, says “I think it’s because he dealt with so much during his short tenure in office. And it helped that he handled it well.”

While it may not be easy to evaluate the worth of a man retrospectively, especially considering the cultural icon that he’s become, it’s difficult to argue that his death did not change the world. Maybe it’s easier to accept the tragedy of the moment than the effect historically. Regardless, 51 years after the fact, people remember. And that remembrance speaks volumes about John F. Kennedy, the man who has become one with myth.