The Anniversary of the Jonestown Massacre: 36 Years Have Passed Since ‘Drinking the Kool-Aid’ 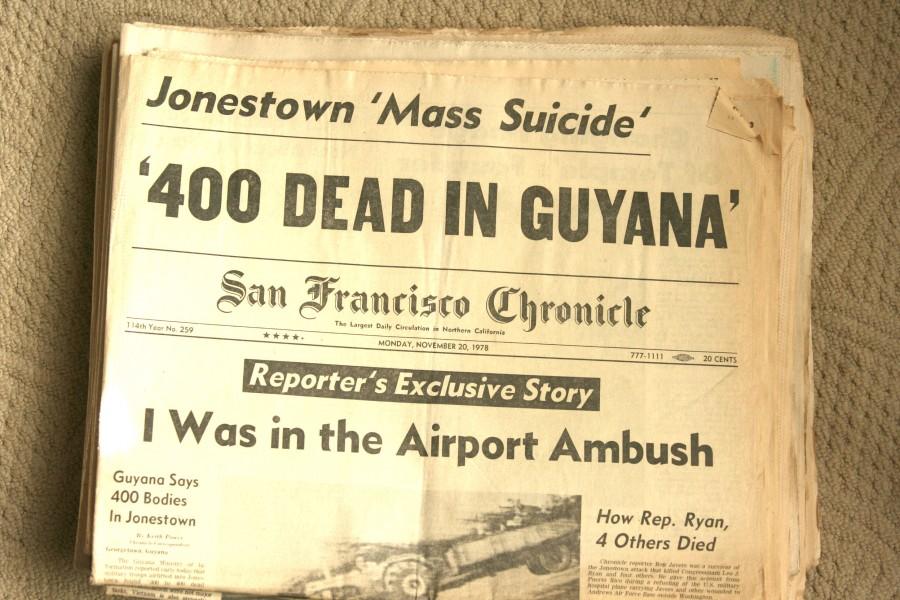 On Nov. 18, 1978, the Jonestown Massacre claimed the lives of 918 people after they drank poisoned Kool-Aid.

Serving as what is now known as the largest mass suicide in history and the most deadly non-natural disaster until Sept. 11, 2001, the Jonestown Massacre started off as a seemingly peaceful religious organization in Indiana led by Jim Jones.

Jones, who grew up in poverty on a small farm in Indiana, sought a communist community in which people of different races, age, social standings and orientation could live in harmony amongst one another.

To achieve this sense of community, Jones founded the People’s Temple in Indianapolis, IN., in 1955. Although he lacked any theological training, Jones performed sermons using a mix of religious and socialist philosophies.

In an effort to increase his number of followers, Jones moved his congregation to a large compound in California. He came to make this decision after reading an Esquire magazine article claiming that the California location was one of nine in the world that could survive a nuclear attack. It was in California that Jones gained the majority of his followers.

The generally positive image of the People’s Temple was put into question when a few members denounced the organization and began to speak publicly of the crimes Jones was committing behind closed doors, including the force of sex acts on congregation members and tax evasion. The media coverage of this led to an investigation that pushed Jones to relocate his organization again. Six hours before an article including testimony from the previous members was published, Jones made the decision to leave.

This time, Jones made the decision to relocate overseas. Jones and nearly 1000 of his congregation made the move to a newly-built community within the jungle of Guyana which he respectively named Jonestown. Those who followed Jones to Guyana left behind a number of families concerned for their well-being.

Because of the growing concerns, Congressman Leo Ryan developed a team consisting of his staff and NBC reporters to travel to Jonestown to ensure the inhabitants were unharmed and living within the compound, housed in tiny, gender-segregated huts, on their own free will.

Upon Ryan’s arrival, his staff reported that those who resided in Jonestown seemed to be happy and in complete control of their decision to stay or leave. They had no reason to assume any of the residents were in danger until a note was passed to an NBC reporter accompanying the team. The note indicated that the man and his family wished to leave Jonestown but were forbidden. A second person made a similar comment to a reporter.

Once news of these notes had become known amongst all of those in Jonestown, chaos broke out and the congressman had been stabbed. He, and those who accompanied him, made their way to the airport, but were ambushed while boarding their plane. Ryan and three others had been shot and killed and others were left wounded.

Fearing repercussions from the United States, Jones ordered everyone remaining in Jonestown to attend an assembly. He told the congregation that the only way to avoid an attack from the U.S. was by committing a “revolutionary act” of mass suicide.

Jones prepared large barrels of grape flavored Kool-Aid which he informed the congregation was laced with cyanide and Valium. Babies and children were fed the poisoned concoction before their parents consumed the drink. It took approximately five minutes after consumption for each of the 918 to die. 276 of those who died were children.

Jones died from a single gunshot wound to the head. The gunshot wound was allegedly self-inflicted. There were five survivors who escaped into the jungle unnoticed.

Today marks 36 years since the mass suicide in Jonestown, but the events that transpired in 1978 are still remembered clearly, especially by those involved.

“I think about it every day,” said Tim Reiterman in a Time Magazine interview. Reiterman was a reporter who accompanied Ryan on his trip to Jonestown. The article, written by Andrea Sachs was published on Nov. 18, 2008.

“I think about the people, the 900 people I saw who were young and old and vibrant and talented and performing on that first evening when I met them. I think about those images of their bodies in piles and final graves that have been used again and again and again. I think about what happened on the airstrip, too. I don’t replay those events every day in full, but they cross my mind. When you’re part of something like the events in Jonestown, they become part of you.”