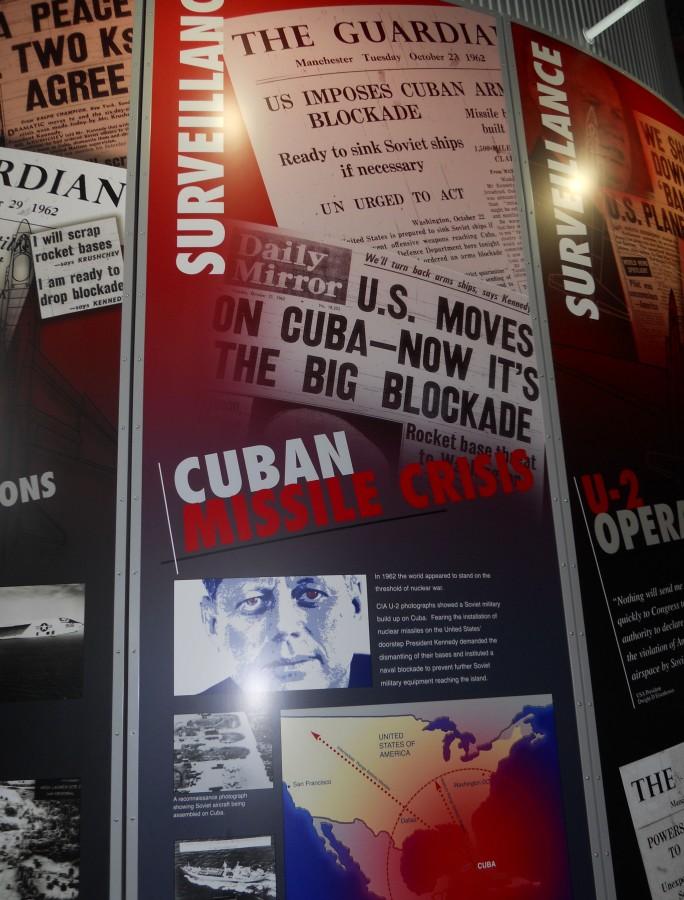 October, 1962. Leaves were shifting their color from green to fiery shades of orange and red. The air was growing more and more brisk with every passing day. The inevitability of winter was becoming more and more real. And under millions of desks in America, school children huddled and hoped that this drill was just like all the others.

It wasn’t uncommon to go through two or three drills a day. Just like a fire drill, the procedure was routine in its nature. The only major difference between this and a fire drill was the all too real threat of nuclear annihilation.

“The nuns were asking us to pray and pray and pray, and the point was made. Something was seriously wrong here.”

Dr. Thomas Baldino was only thirteen when President Kennedy took to the airwaves to tell the public of the immediate threat of nuclear war.

“It shall be the policy of this nation to regard any nuclear missile launched from Cuba against any nation in the Western Hemisphere as an attack by the Soviet Union on the United States, requiring a full retaliatory response upon the Soviet Union.”

President Kennedy’s statement was terse considering the situation at hand. This was the closest the United States and the Soviet Union had ever been to launching nuclear missiles across the sea at each other. And to think it was all over one little island in the Caribbean, just under five hundred miles from US shores.

“In 1961, newly elected President John F. Kennedy orders a mission into Cuba called the Bay of Pigs to overthrow their communist leader Fidel Castro, but the mission is a complete failure and a complete disaster. This leads Soviet premier Nikita Khrushchev and Castro to come up with an idea,”

Dr. Jonathan Kuiken wasn’t even alive during this tense time, but he speaks with such a passion that this fact is incredibly easy to overlook.

“Soviets would install short range nuclear weapons in Cuba, allowing the Soviets to match the nuclear arms the US had in Turkey and ensuring that any future plans for an invasion of Cuba would fail.”

The construction of the launch pads was put into action immediately. It was only a matter of time until foreign missiles were pointed toward the cityscapes of America.

Before that could happen, American spy planes took nondescript aerial photos of Cuban build sites. Nothing in particular was expected to be found. It was only when the CIA realized they were looking at short range ballistic missiles that the president was notified of the Soviet action against the United States. To make matters worse, more Soviet ships carrying weapons were inbound to Cuba.

President Kennedy had an important decision to make.

This “linguistic trick” would go on to save the free world from a nuclear war.

“He calls the blockade a ‘quarantine.’ What that effectively means is that Cuba is allowed to trade with whomever they want, but Soviet ships are not allowed to enter Cuban waters.”

During his tenure spent as a child growing up in the midst of the Cold War, Baldino lived only a mile north of a naval yard in Philadelphia. Had there been a nuclear attack, he would have been at ground zero. “At that point, I didn’t know why my parents were so upset, but looking back now, we probably would’ve been incinerated.”

Luckily, that didn’t happen. Relations between Russia and the United States have improved significantly, but tension remains. “It’s a different kind of tension though,” Baldino explains “we’re not worried about Russia launching anything against us and Russia isn’t worried that we’re going to launch anything against them. Both sides have reduced their stockpiles of nuclear weapons.”

“The only reason tensions still exist is because Vladimir Putin, with the support of the Russian people, appears to be interested in recreating the Soviet empire, which means that he would love to have those states back that broke away after the fall of the Berlin Wall. The Russians have essentially annexed Crimea. It’s not pretty.”

It may not be pretty, it may not be perfect, but there will never be another time like those few weeks in October, fifty-two years ago.