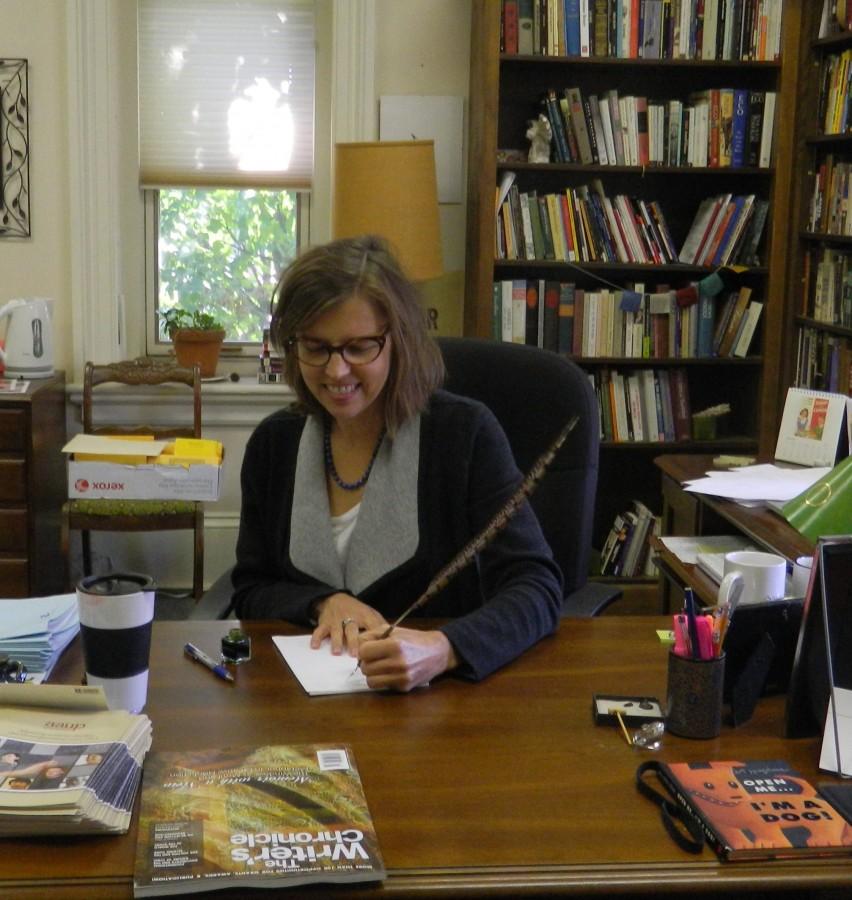 Dr. Mischelle Anthony, a Wilkes University English professor, has a class attendance record that few of her students or her colleagues share.

Anthony proudly stated, “I have only ever missed one class as both a student and a professor.”

This exceptional record is now broken but with good reason as Anthony has recently returned from a ten day trip to Sweden, where she presented an authored paper.

Anthony attended the Gothic and Uncanny Explorations: An Interdisciplinary Conference, which was hosted by Karlstad University in Sweden.

The only American professor to present an authored paper at this conference, Anthony was in the company of contemporaries from 12 other countries including Turkey, Canada, Australia, New Zealand and the United Kingdom.

Anthony did not mind being referred to as “the American” since she believes, “this serves as an opportunity to introduce Wilkes University’s name to a broader audience.”

Anthony’s paper concentrates upon the travel narrative entitled, The Private Journal Kept by Madam Knight, on a Journey from Boston to New York, in the Year 1704. In her paper, Anthony focuses on “how the dash is used as a political punctuation mark.”

She declared the dash “the most political mark of punctuation in the English language.”

Although Madame Knight’s journal is not a Gothic text but instead an Early American literary text, Knight’s writing shares some common features of Gothic text.

Anthony explained, “the places she [Madame Knight] uses dashes are the same exact topics where Gothic texts’ feature dashes almost a hundred years later;” Anthony continues, “It is fascinating that the dash already designates Gothic moments within this early text. This was pre-politics of the dash so Knight was already using the dash in this form.”

Madame Knight and fellow women authors are not without critics. Many outspoken male authors disliked the way in which women were composing narratives at the time. These critics especially disliked Gothic novels since they found a subject centered on the supernatural to be ridiculous in nature.

“A hundred years later critic after critic would write about how you should not use the dash in a sentence because you will sound like a weak woman writer. A full stop (a period) was more popular,” explained Anthony.

The paper, which Anthony presented, views Madame Knight as one of the first proprietor of political dash usage even though she is not termed a Gothic writer.

After her twenty minute presentation, an audience question and answer section followed.

Anthony stated, “I thought the other presentations were so much better than mine, but almost every question was for me.”

The questions from the audience and her colleagues where centered on ellipses and dash usage in relation to other Gothic texts.

“It turns out so many people who love Gothic Literature also love the dash! I had no idea this paper would energize everyone so much!” Dr. Anthony added.

As for applying the topics introduced at the conference to her Gothic Literature class, Dr. Anthony stated, “We will certainly talk about punctuation and some of the other relevant topics but there is no way I am going to force this on them. If you are not energized by punctuation then that can be a nightmare.”

As many of the other presenters at the conference suggested, Anthony tentatively hopes to hold this interdisciplinary conference at Wilkes University in upcoming years.

Anthony also used her time in Sweden to indulge in the local culture. During her trip, she learned that there are no private colleges in Sweden. She described the Swedish college system as: “Every college is funded by the government. The arts are also well supported as each major city houses beautiful sculptures.”

She also found herself pleasantly overwhelmed by the friendliness of the bilingual people, the wide range of local, healthy food choices and the stability of the middle-class environment.

Anthony joked that she learned some Swedish. She stated, that the Swedish language “is the only Germanic language to retain its singsong quality- no other Germanic language has retained the multi-toned nature of the older version of the language” but is confident in speaking “three or four words.”

As an inside joke be sure to say, “Hej, Hej” Swedish for “Hello” or “Hey” next time you see Anthony around campus or in class.