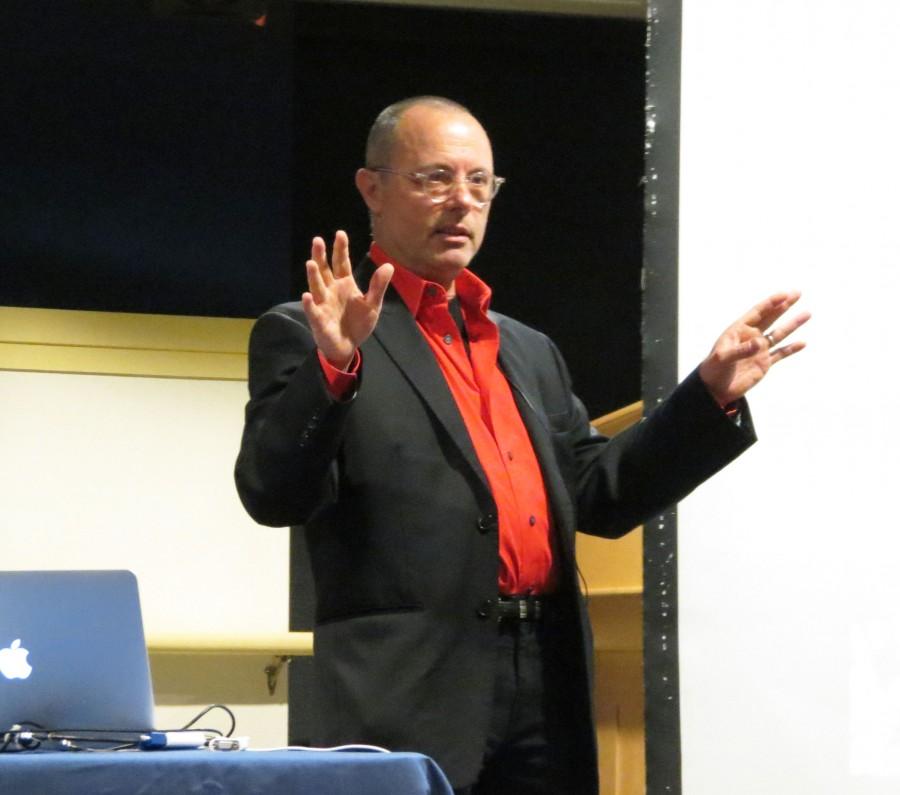 Ken Carbone, co-founder and creative director of the Carbone Smolan Advertising and Branding Agency, gave a lecture at Wilkes University on Wednesday, September 17.

Carbone, whose agency is based in New York City, gave a presentation titled “Fame, Fortune, Fun & Freedom: What Drives an Entrepreneur.” This free event was open to the public and was held in the Henry Student Center Ballroom last Wednesday evening.

Carbone, who has been in the graphic design field for nearly 40 years, has represented such clients as Mandarin Hotels, Canon, Leica and The Louvre in Paris, France, as well as a number of other companies globally. He is a recipient of the 2014 AIGA Medal, awarded to individuals in recognition of their exceptional achievements, services or other contributions to the field of design and visual communication. His lecture was centered on his belief that, in the world of entrepreneurship, there must be a motivational balance between fame, fortune, fun and freedom.

While chairs had been set up in anticipation of the event, the influx of those interested in hearing Carbone speak created a need for many more to be brought out and quickly filled. Within these seats sat professors, students, faculty and staff representing several departments within Wilkes University, as well as a number of people from within the Wilkes-Barre City community. One of those students was Kendric Minnich, a senior engineering major at Wilkes University.

“This was a great opportunity to get a feel for what the world of entrepreneurship is like,” said Minnich. “Although it doesn’t quite go along with my major, it’s interesting to see what else is out there for those willing to go after it.”

Carbone also conducted a small workshop on the following day, Thursday, September 18, for a selected group of Communication Studies and Integrated Media students. These 16 students had the opportunity to present their own presentations to Carbone, who then offered advice and helped the students with creatively brainstorming other ideas.