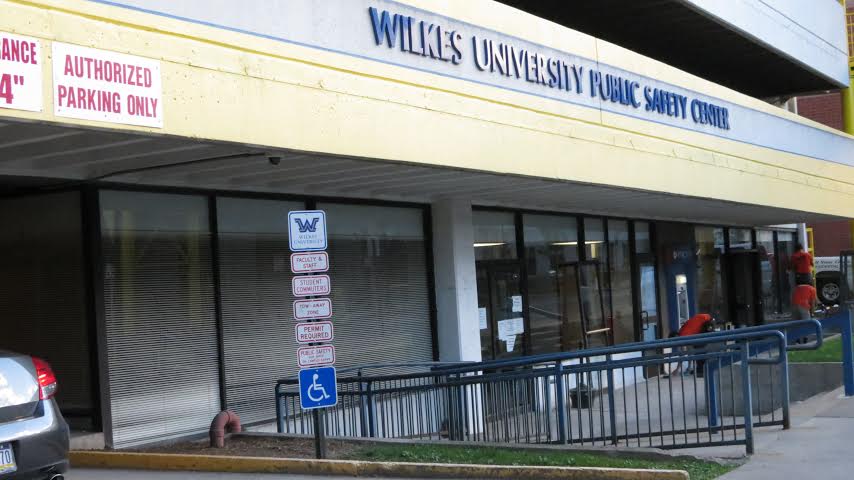 Wilkes University’s Public Safety has undergone a number of changes in the recent months, including the addition of firearms for some of its officers.

The Department of Public Safety, which is now led by new Director Christopher Jagoe, has decided to arm five of its officers on campus. The decision to arm some of the officers came after a recommendation from the consulting group, Margolis, Healy and Associates who studied the operations of the department since 2012. Margolis, Healy and Associates took into account both local and national crime trends and statistics. Upon the presentation of the firm’s evaluation, President Leahy and the Presidential Cabinet made the decision to follow through on their recommendation for an armed security presence.

“This was not based on any particular event that occurred here but, I think, when you bring in a group of professionals that look at campus safety, one of the things they are going to recommend is beefing up your security,” said Jagoe. “This way if something were to occur on campus, you have the ability to send the right assets. “

While the decision to arm public safety officers was made before the installation of the department’s new director, Jagoe has said it was the right decision to make.

“When you look at violent incidents even just since Sandy Hook, you’re looking at well over 50 incidents and that’s terrible,” said the director. “These officers were already here and already trained. Not utilizing that in the field meant not providing for the community a level of service that already existed and not maximizing the full potential we already have. “

The officers selected to carry firearms have been chosen due to their levels of experience and training. These selected five have gone through several necessary training sessions to obtain the legal authority to serve with firearms, including Act 235, a beginning level of training involving less lethal weapons, and Act 120, which is the training for a municipal officer. These officers must be reexamined at least once every five years to determine that they have the same skill level required by the state of Pennsylvania.

Jagoe credits the officers’ experience among outside police forces and their servitude to Wilkes University as other contributing factors determining their selection.

“They’ve worked here on the campus for a while, so we had a very good feel for them and understanding that they had a good rapport with the community,” said the director. “Also, they knew how to police within a university community and that’s important because it’s a difficult thing to do. “

Jagoe said that he believes the knowledge of the university’s safety revamp will aid in deterring potential wrong-doers from acting on the Wilkes University campus.

“As those with the criminal element that may be around here start to see that we are professionalizing our operation here, they’ll take note to that and move to other areas that may not have our level of security,” said the Public Safety Director.

Jagoe and the rest of the Department of Public Safety work closely with local police forces including both the Wilkes-Barre and Kingston Police Departments and are confident in the work these departments do, but feel they must also be ready for any situation.

“We’re in a city in which the city police headquarters is right around the corner so, hopefully, if something were to occur on campus that required immediate armed police response, officers would get here really quickly,” said Jagoe. “I’m confident that they would, but you can’t always rely on that. More importantly, no one knows our campus like our own public safety officers. The vast majority of campus incidents are only minutes in duration. You need someone that doesn’t pull up to the campus and need directions.”