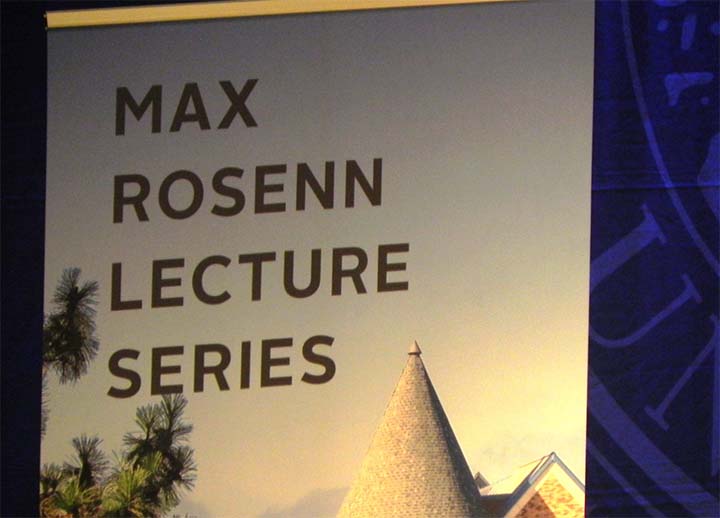 Sen. Richard Lugar spoke on his experience in foreign policy, specifically his time in the Ukraine at the 33rd annual Max Rosenn Lecture.

Lugar is the longest-serving senator for the state of Indiana. His expertise in foreign policy and experiences in Ukraine lend to the crowd’s interest given the recent events in the Crimea region.

The event was held at Wilkes University’s Dorothy Dickson Darte Center. The night got under way with an introduction to Lugar’s lecture by James Sandman, a former law clerk of Judge Max Rosenn.

Sandman called Lugar, “a gifted local and state leader and a respected national and international statesman.”

Lugar touched on his interests in foreign policy, particularly his experiences with Ukrainian leaders. He shared many stories during his tenure as a United States senator. Lugar shared his story about a national interview he had on Ukrainian media where he addressed the people of Ukraine.

His lecture was capped off with question and answer session with the audience where he answered many questions ranging from the Ukraine to his experiences in the Senate.

After his lecture, Lugar offered a book signing of his new book, “Letters to the Next President,” and a meet-and-greet with members of the audience.

Lugar is the longest serving senator in history for the state of Indiana. He is now president of his foundation, the Lugar Center.

The Max Rosenn Lecture Series in Law and Humanities was established in memory of Judge Max Rosenn. Rosenn was a senior judge for the United States Court of Appeals for the Third Circuit. The lecture series was started in 1980 by Rosenn’s former law clerks and former law firm Rosenn, Jenkins & Greenwald, with the assistance of family and friends.