Trip to NYC planned to go down in ‘History’ for club 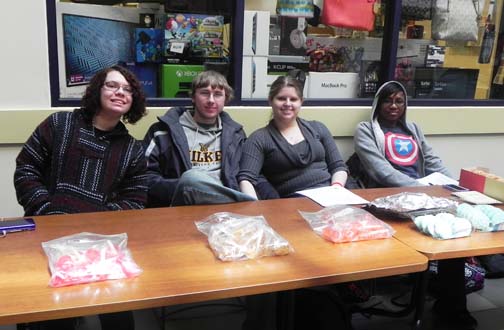 The Wilkes History Club is more than meets the eye. Composed of roughly 12 members, the organization gathers students who have a passion for history and a desire to present it in a fun way, according to the Vice President, Jenette Stapert, senior education major.

This year, the group is planning a trip to New York City on April 5. Members of the club were asked for input on where they would like to go, such as Williamsburg, Virginia; Baltimore, Maryland and New York City.

In past years, the group has visited Washington, D.C. to visit the Smithsonian Museum, the Cherry Blossom Festival and parade, and Gettysburg and Boston for weekend trips.

Along with planning a yearly trip, the group also plans numerous fundraisers such as bake sales, Gertrude Hawk chocolates and Krispy Creme doughnuts.

History Club also participates in community service such as Relay for Life. This year, in keeping with the Relay for Life theme, the group will be using Paul Revere as their focal point titling their stand, “The Cure is Coming!”

As part of their community efforts in the past, they have also donated money to the Historical Society.

In doing community service based events, they also look to get their name out there in other ways such as “History Day” where members created presentations on historical buildings such as Wilkes Mansions and the Stegmaier Mansion and showed them to the community including members of the Historical Society.

Other plans for the History Club include working on their elections for the new executive board. Elections will be held at the end of the year.

Stapert explained that with numerous members being graduating seniors, there is a definite need for new members.

“The more members we get, the more we can do.”

During “Club Day” this year, the club enlisted a little help from a statute of Napoleon Bonaparte to help bring in members by having students pose for pictures with the historical figure.

They hope next year, they’ll have more ways to entice students as well.

The most common misconception about History Club is that the members just sit around and read textbooks which is simply not the case.

During weekly club meetings, which are held Thursdays at 12 p.m. in Capin 103, the club plays a game called, “Smack-It”.

The objective of “Smack-It” is to write historical topics on a board, such as famous women in history, as the club did at one of their most recent meetings, and after a description is given of the person, players must “smack” the correct answer which is scattered somewhere on the board, using fly-swatters.

“Our games get heated.. it was me against the club. I dominated,” Stapert laughed.

By doing activities like this, members of the club aren’t just being competitive and having fun, they’re also learning different historical facts.

“You look deeper and into the little secrets… things they didn’t teach you in a regular history class,” Stapert explained.

“You don’t have to be a history major to join.”

Students wishing to get involved with the club are invited to stop by one of their meetings and see how the group works or can contact Stapert at [email protected] or the History Club President, Melissa Thorne, [email protected]