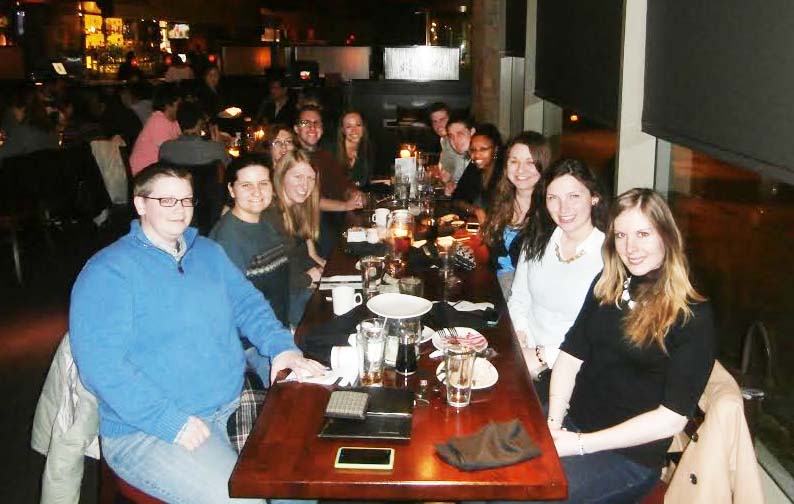 St. Patrick’s Day weekend was spent in Boston for 10 psychology majors. The students attended the annual meeting of the Eastern Psychologicl Association. One student and two professors presented work at the conference.

In the starting weeks of March various clubs, socities and departments have attended conferences along the East Coast.

Students gain networking skills and an overall better understanding of interests through attending conferences, seminars and they gain valuable exposure and the ability to network with others within their various fields they would not typically have encountered.

At the conference students listened to Lt. Governor Jim Cawley, Skot Covert, the CRNC National Co-Chairman and Sarah Schultz, the youth outreach director for the PA GOP, along with other College Republican members.

The main benefit of students attending this conference was to talk about the changes in how to spread the Republican message while keeping with the changing times.

It was also the first time Wilkes CR’s have attended in the past couple years. Six student members attended the conference.

Psychology Club members got to spend St. Patrick’s weekend in Boston, Mass., for the annual meeting of the Eastern Psychological Association.

Ten members of the Psychology Club accompanied by three professors at Wilkes were in attendance with people from all over the country.

The group left from Wilkes March 13 in the morning and returned March 16 in the afternoon. Students stayed in the Boston Park Plaza Hotel and Towers.

The meeting included abstracts of talks, symposia and posters pertaining to matters in various psychological fields. One student on the trip, Katherine Dodson, presented an original poster along with Dr. Edward Schicatano and Dr. Thomas who presented research.

“The most interesting part to me was all the up and coming research,” sophomore psychology major, Allison Davis said. “Not only regarding human behavior, but also on things like using protons on brain tumors, and finding predispositions to schizophrenia.”

Skill learning and networking were of focus at the National College Media Convention for communication studies majors.

Six students and two professors departed from Wilkes on March 13 to attend the CMA conference in New York City. The group stayed at the Sheraton Hotel where the conference was held and returned to Wilkes on March 15.
Workshops, sessions, media tours and speakers made up the conference. The keynote speakers were CBS Evening News Anchor and Managing Editor Scott Pelley and Bonnie Fuller, founding president and editor-in-chief of Hollywoodlife.com, along with filmmaker journalist Michael Skolnik.