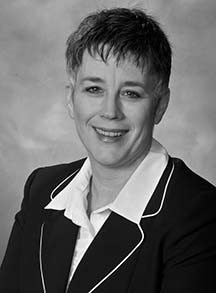 Anne Skleder from Cabrini College has been selected as Wilkes’ next provost and senior vice president after a year-long national search.

On Jan. 3, Wilkes President Patrick Leahy announced Skleder’s selection as the university’s second in command in an email to the campus community. He said her long knowledge in higher education and personality made her stand out.

“She has a significant amount of experience in higher education both as a full professor of psychology and in a number of academic and administrative jobs,” Leahy said. “I think she’s a very good listener, a very personable person.”

Leahy said he liked that Skleder also demonstrates an ability to get things done combined with her experience and personality.

Skleder currently serves as provost and vice president for academic affairs and professor of psychology at Cabrini College in Radnor, Pa. Prior to joining Cabrini, she served as dean of Chatham College for Women at Chatham University in Pittsburgh. She also held a variety of administrative positions at Alvernia University in Reading including vice provost, associate vice president for academic affairs and enrollment management, department chair of psychology.

In her role, Skleder will be responsible for overseeing Wilkes’ academic programs and initiatives, working with the deans of each of the five schools and colleges and their faculty. However, she said one of her biggest objectives is the role she has with the university’s strategic plan.

“One of my big goals is to help in the implementation of the strategic plan and work with the whole campus on that,” Skleder said.

“We’ve had a couple good operating years. I hope that some of the new individuals that are here, myself included, have brought some excitement to the place, so we presented better to a pool of candidates as a university than we did 12 to 18 months ago.” Leahy said. “Last year I got involved (with the search committee)at the very end, this year I was involved from the beginning, so I was able to dialogue with that advisory group throughout the process and we agreed on candidates that we ought to bring to campus.”

Having been familiar with Wilkes growing up in the area and attending Leahy’s installation in the fall of 2012 as a representative from Cabrini College, she said Wilkes’ emphasis on mentoring played a huge part in her decision to apply for the position.

“It is really something that really resonates with me,” Skleder said. “I’m really interested in how mentoring can work best in the twenty-first century with students of today.”

Skleder said she is interested in learning from students what kinds of mentoring work best for them. As for making herself visible to the campus community, she said she plans on attending campus events to get to know as students, faculty and staff.

“I love campus events so I will use those as opportunities to get to meet students, faculty, staff, alumnae, trustees, administrators, friends of the university,” Skleder said. “I definetly want to leverage all those activities that are already happening.”

Leahy said Skleder’s experience with initiatives the university is interested in advancing such as an honors college program, online graduate programs, and growing research capabilities of faculty will help her advance Wilkes’ mission.

“We just felt that her experience lined up with our vision for the university better than the other candidates that we identified and I think she’s going to be very positive for Wilkes,” Leahy said.

Skleder said she is very eager to begin her new role on campus and expresses much of her gratitude towards the search committee.

“I’m exceedingly eager to begin to serve Wilkes,” Skleder said. “I am so grateful for the opportunity to serve and so thankful to everybody who was involved in the search process. It was the most professional, collegial and warm process that I’ve ever gone through.”

She will assume her position on June 1 but will be on campus multiple times prior. Interim Provost Therese Wignot will continue this semester in her current role.