Professor remembered for his dedication to students, Sidhu School 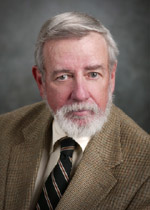 A longtime associate professor of business administration is remembered by students, faculty and alumni for the vast knowledge of finance and graciousness he brought to the Sidhu School of Business and Leadership.

On Nov. 1, the Wilkes Alumni Association announced on Facebook the death of Theodore Engel. He taught at Wilkes since 1966 and instructed classes in managerial finance, investments and property and life insurance.

During his time at Wilkes he also served in the capacity of dean of the School of Business Society and Public Policy and Chair of the department of commerce and finance.

Last week several papers with images of boats signed by students were posted on Engel’s office door in Breiseth Hall, stating “Thank You.” On the television screen on the first floor, a slideshow showcasing Engel’s achievements during his time working at Wilkes.

Associate Dean Justin Matus described Engel as a “soft-spoken, intelligent friend and colleague” who would take on anything asked of him.

Engel’s business experience included roles as a financial systems analyst at Proctor & Gamble, a financial economist at Sun Oil and a financial operations analyst for Smith, Kline & French. Students and alumni said Engel’s real-world experience he brought into the classroom is something they remember the most about him.

“He not only taught from the book, he actually brought in his long history of his long finance career into each class, whatever he’s teaching. He’d always have some sort of input on whatever topic we would be covering, that’s what I really prized over his teaching because it’s not that often that somebody has such a long, illustrious career and can have all these other inputs rather than just go by the textbook,” senior accounting and finance major Brian Martinez said of Engel.

“He just had a different way of teaching that allowed you to comprehend real-world situations and apply it to real-life instead of just reading right out of the book,” Heverly said.

Matus said Engel’s most important contribution to the Sidhu School was to the finance program.

“Clearly his most important contribution to the school was the evolution and the strength of the finance program. His expertise, and depth and breadth of his knowledge in the field in finance, there’s no one else on campus who could match that,” Matus said.

Matus added that in addition to his vast knowledge of finance, one of Engel’s most important contributions to the Sidhu School was his impact on students.

Melanie Nolt, ’13, credits Engel with getting her interested in the stock market and investing.

“I started a retirement fund back when I was in high school and we used to joke because I’d see my financial adviser and I’d bring all the information back to him and we’d sit down and map out what I should do together,” Nolt said. “He was with Wilkes for so long that I think everyone really valued his opinions when it came to the finance world.”

“Because of the work that he put in order to get actual funding for the project, we were actually able to invest real money into the stock market,” Nolt said.

Nolt, Martinez and Heverly all said Engel was the reason they decided to pick up finance as a second major. Heverly and Martinez both said Engel taught them the value of keeping up with current events.

“As I started taking more and more of his classes, I started liking the actual subject more so I decided instead of just minoring in finance, why not major in it,” Martinez said. “He’d have us read The Wall Street Journal to keep us up to date on current events because he knew that will better us in the long run.”

On the Wilkes Alumni Association Facebook page, Betty Dean, ’82, MBA ’85, described Engel as “patient, challenging and enthusiastic. He touched so many lives, including mine, and inspired us to be problem-solvers.”

Professor of international business and economics Wagiha Taylor said one of her fondest memories of Engel was his time as Dean.

“He was very efficient, very focused and very accomplished. In the school meetings we didn’t waste time. He always came prepared and guided us in the right direction,” Taylor said.

Taylor added that she enjoyed Engel’s leadership as a department chair.

“He really did a great job and we always enjoyed having his academic leadership,” Taylor said. “He stabilized the school and really moved us in the right direction.”

Taylor said what is most notable about Engel was his keen interest in students. The post on the Wilkes Alumni Association Facebook page said his last thoughts were for his students.

“The students were his life in a sense in addition to sailing a boat,” Taylor said. “He always enjoyed going on his boat way out in the wild.”

Matus said one of his fondest memories of Engel was their conversations on their shared interest in boating, in addition to the stock market.

He said the classes Engel was teaching this semester are being taught by himself, Dean of the Sidhu School Jeffrey Alves and associate professors Dean Frear and Emma Hao.

Matus said there is a sense of relief in the school that there are resources and expertise within the faculty to allow students in Engel’s classes this semester to stay on schedule.

“While we’re all going to reflect on Ted and his contributions and we’re going to miss him, we’re still going to rise up to the occasion and get the job done and our students will too,” Matus said.