Anatomy of an Administrator: Mike Wood on his latest construction project 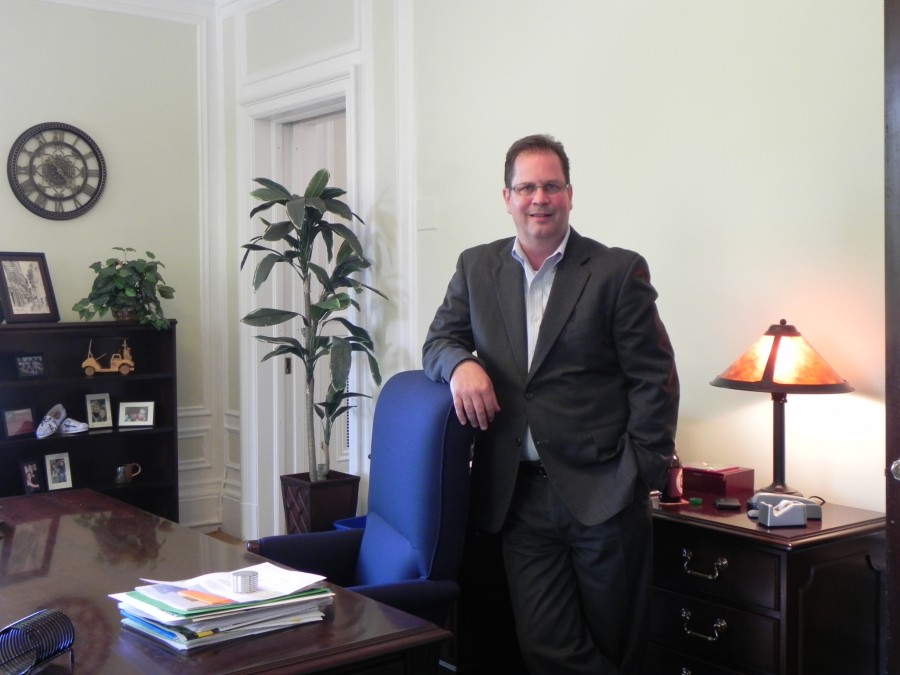 Michael Wood, vice president of advancement, enjoys spending time with his family, golfing and completing small construction projects when his schedule allows for it.

The vice president spends his time at work dealing with alumni, donor and government relations and focuses on different funding opportunities for Wilkes, including the funding that was necessary in completing the recently opened Cohen Science Center.

He also centers part of his efforts on issues such as campus safety and the development of the university as a whole.

Wood has been working at Wilkes since 2006 when he was hired as an executive director of development. Before this, the administrator worked for non-profits such as the American Cancer Society and the YMCA. The decision to switch to higher education was one that made sense, Wood said.

“Wilkes was always in my back yard. It was always a part of our community, as far as I was concerned. Even though I had no real connection to the university, it was something that, if an opportunity ever presented itself, would be just a really wonderful experience and it has turned out to be just that and more than I ever could have dreamed of,” he said.

Wood isn’t the only one in his home putting time in at Wilkes. His daughter, Lauren, is a senior nursing major and his son, Ryan, has just graduated from the university with a degree in communication studies.

“One of the things I am most proud of is that I have been able to see just how great Wilkes is through the experiences that my son and daughter have had here,” Wood said. “They have been able to be a part of my experience here and that’s been really fulfilling. I just couldn’t be any more proud of them than I am.”

When he has the time, Wood says he enjoys golfing but some believe his real passion lies in a much different activity. He says most of the people that know him are surprised to learn about his interest in light construction work. Wood has experience in everything from building decks to running electric and plumbing. As for the last few years, most of the administrator’s manual labor has been completed at a cottage in Delaware he and his wife purchased.

“I really enjoy spending whatever weekends I can going to work on the place,” Wood said.” I’ve done decks and porches and built a bathroom addition onto it. In fact, the last time I got lumber delivered, I had them deliver a bunch more. I didn’t know what I wanted to do next, but I wanted to have the lumber on hand.”