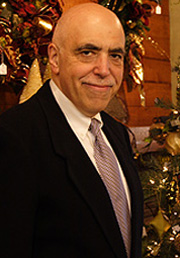 Business and economics professor and director of Arizona Business Programs Anthony Liuzzo has released his holiday retail sales forecast for 2013.

This year, Liuzzo predicts a short shopping season with a decreasing consumer confidence to impact sales. The desire is there in consumers to spend money but different factors influence how consumers shop.

Liuzzo is foreseeing an increase of 3.2 percent in holiday retail spending for the current year which is a minor spike compared to last season of three percent.  Many economic uncertainties still remain.

“You have to take in account the inflation factor along with people just buying things during the holiday season to buy and not necessarily for someone else,” Liuzzo said.

This shorter season will not greatly affect the sales because “holiday shopping does not really start until early to late December,” Liuzzo said.

Along with a sales outlook, Liuzzo also includes his predictions of the big sellers of the holiday season. Just as society is becoming more hi-tech so is retail inventory. Hi-tech products are foretold to be the big seller this season.

In Liuzzo’s forecast he also discusses online sales, use of gift cards this holiday season, and major retailers. He shows that discount stores, such as Wal-mart, Costco and Target will do well this year.

Liuzzo has been producing his holiday retail sales forecast, which tracks shopping trends and buyer behavior, for more than 20 years.

“I started because the Wilkes Marketing Communications ask me to do a forecast for some local papers on the holiday retail sales ,so I did and got it right,” Liuzzo said. “So I started expanding my research and kept doing my prediction year after year.”

On several instances Liuzzo appeared on national radio and local television, along with being the subject of feature stories on CNN.