Academic use possibility for vacated areas of campus 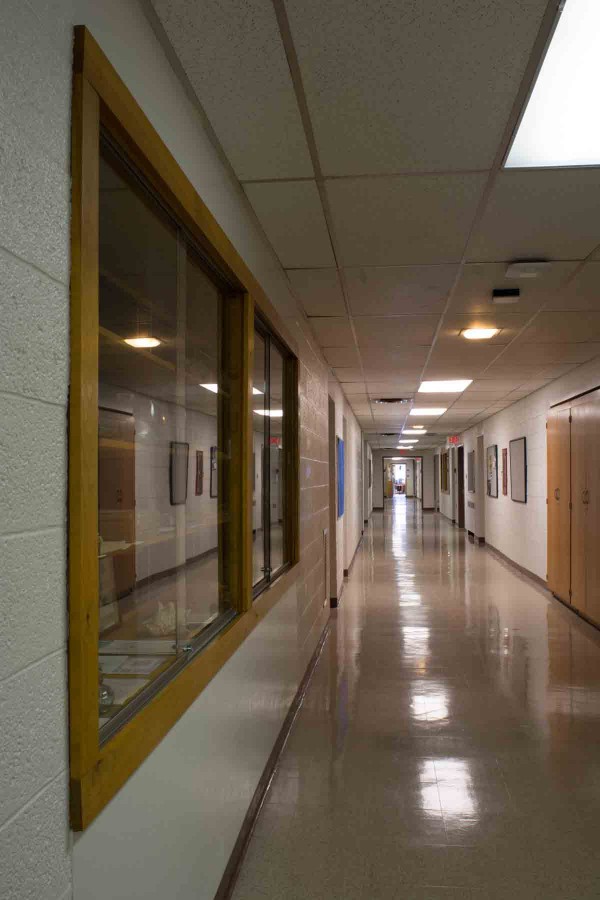 The recent moving of several departments has created issues with several key spaces on campus regarding use of space for the vacated spaces.

In the past year, the central administration has moved its offices from the University Center on Main Street to Weckesser Hall and labs and faculty in the departments of biology, chemistry and earth and environmental sciences and environmental engineering have moved from Stark Learning Center into the Cohen Science Center.

Vice President of Finance and General Counsel Loren Prescott, who is in charge of campus master planning, explained that while no decisions have been made about the long-term future of the two spaces, there have been studies and discussions on moving one of the academic departments or schools into the space.

Most the discussions and studies have been focused on moving the Sidhu School of Business and Leadership into the empty part of UCOM. The offices of institutional research, grants and risk and compliance are currently occupying that space.

“The thinking in the business school and within the President’s cabinet is that the business school is a logical and possible choice because it would have a public face on South Main street and it probably benefits from that kind of visibility on Main Street in downtown Wilkes-Barre,” Prescott said.

“We would be able to very comfortably fit all of our faculty and staff in the building plus add six or seven new classrooms. Being right on Main Street gives us a kind of visibility that we don’t have here on the main campus,” Alves said. “And for a school like a business school that tends to be looking outward and not requiring a lot of labs and so forth that’s a very logical place to see the beginning of a campus.”

Alves added that the move to UCOM would also present an opportunity to create a financial trading room like the one on Wall Street. He said the school has also looked at moving to other buildings on campus, however he said they aren’t as adaptable as UCOM is for the school’s needs.

As for the recently-vacated parts of Stark, Prescott said there are no plans to use that space but he mentioned the idea of that part of Stark being torn down.

“There are some references in the current campus master plan to the idea of capturing more space for the greenway by pulling that part of the Stark Learning Center down,” Prescott said.

Prescott explained Sasaki and Associates, the master planning architects, helped the committee think about the idea of taking down the recently-vacated area of Stark. He said this part of Stark is the oldest part of the building and the most expensive to renovate due the way it was designed in the late 1950’s.

“At some point if you decide you need that space it still might be cheaper to build new as opposed to do a renovation,” Prescott said. “I don’t know whether that’s true because we didn’t study that but there were some concerns that people expressed given how old that part of the building is.”

However, Prescott said while there haven’t been any firm decisions made on that part of Stark, it doesn’t mean the committee doesn’t want to take advantage of the available space and make plans for it. One of those definitive plans is to move the rest of the School of Nursing into an entire area on the second floor of Stark, which will move all faculty in the School of Nursing from Pearsall Hall.

Associate Dean of the School of Nursing Mary Ann Merrigan said the renovations will include putting faculty offices and conference rooms. Future plans include adding a large and small classroom.

“Our ultimate hope is that the School of Nursing will be under one roof and will have both faculty offices, the simulation center in the basement then eventually the classrooms as well. The one classroom for our traditional program and the other, smaller, one for our accelerated program,” Merrigan said.

However, the rest of the empty parts of Stark will be used as “swing space,” or temporary space. Prescott anticipates that will be what the other recently-vacated parts of Stark will be used for, but said he isn’t sure whether and to what extent it will be needed for future projects. There have been no plans or decisions made on that space to be used for any administrative or academic purposes.

Although there have been discussions and plans made for the Sidhu School and the School of Nursing, Prescott won’t rule out the possibility of other academic programs being given more space on campus.

“It’s entirely possible that more work could be done in studying other academic programs that need new and more space in order to continue to pursue their strategic plans,” Prescott said.