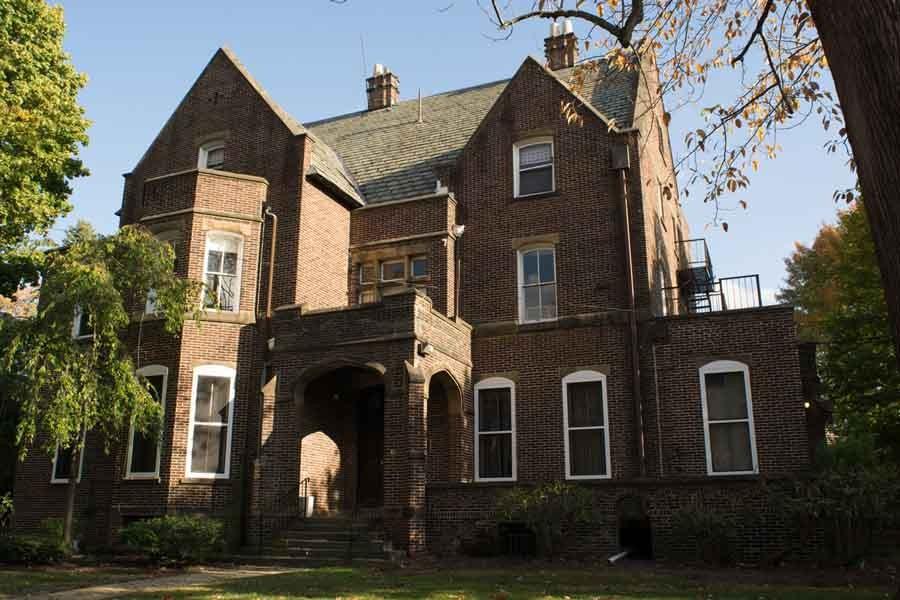 Barre Hall, located on the corner of West River Street and West Ross Street, borders the edge of Wilkes’ west river neighbor. In 1970 Wilkes purchased the estate, and named the property after Colonel Isaac Barre.

This high victorian gothic style building was turned into a residence hall for students and might be again.

“Barre Hall has the potential layout plan of suite or apartment style. It is not definite that Barre hall will be use again; as of right now the building is still talk about,”  Director of Residence Life Elizabeth Swantek said. “It would either be for first year or sophomore students, but not a mix of both. It would depend on what the program calls for.”

When Barre Hall was in use it was a three floored, mansion-style and co-ed dorm. Men and women live on separate floors with two residence assistants.

A lounge could have been found along with study nooks throughout the hall. The building has a brick exterior including a patio in the front.

Swantek said with the students already residing in on-campus residence halls, there was no need for the hall to be used to house students. However, if re-opened it would be part of a group of residence halls occupying West River street.

“There really was not a need for Barre Hall to remain open since other buildings were refurnished,” Swantek said. “The University wanted to centralize the residence halls and create pods of halls on campus, but now over in that area there is Waller North and South, Doane, Ross, Sullivan and Solcum. There is a cluster now and Barre would just fall right into it.”

Barre Hall was built around 1873, and served as home for Richard Sharpe. Sharpe was one of the founders of the local mining firm Sharpe, Weiss, and Co.

Being a mansion-style residence hall, the atmosphere of the hall gave the students who lived there a family feeling.

One of the reunions at last year’s Homecoming celebration honored the “Ladies of Barre Hall.”