Pocono site on target for enrollment in fall semester 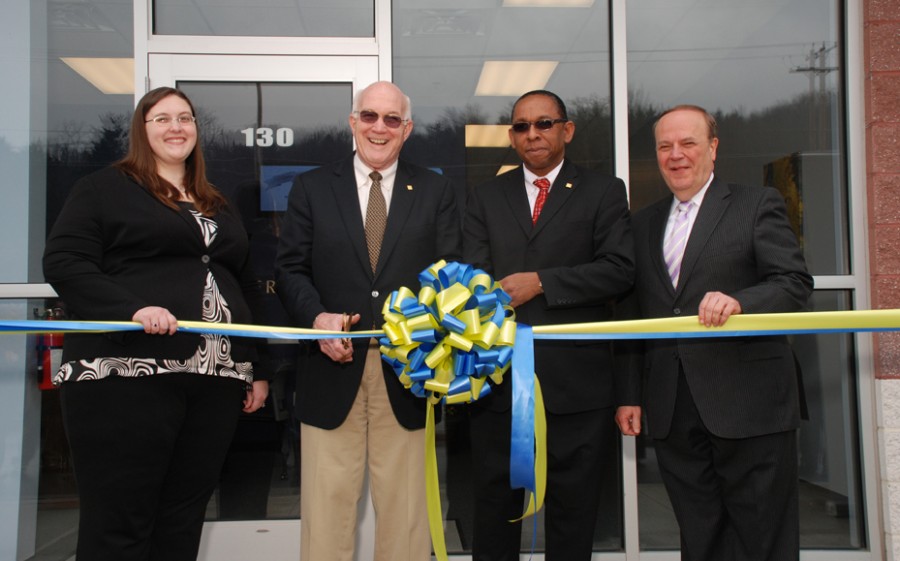 Despite rumors of low enrollment numbers and possible closure, enrollment at Wilkes’ Pocono Center has been reached, putting the center on its enrollment target for the year.
Christopher Flynn, the center’s site development coordinator, said the goal for the center at The Shoppes at Crossroads in Bartonsville was to gain eight students for the fall semester in the two programs offered at the site.
As of Aug. 28, 16 students were enrolled in the Adult Bachelor of Business Administration program and 21 enrolled in the Master of Business Administration program.
“The numbers are where they were supposed to be,” Flynn said.
Flynn said although the hope for an increase in enrollment for the spring semester didn’t occur, there was no decline in enrollment at the site, which opened in February 2012. He said one of the issues the center has faced is getting the word out about the site to the surrounding area.
“When I was hired back in March, it was really to take a different approach to what we were dealing at,” Flynn said. “Part of that was I don’t think we had serious outreach going on in the community here because, to me, sometimes it’s just simply that people need to be aware of the opportunity here and I think that’s been a part of what I’ve been trying to do both in the community and with folks at Wilkes.”
Flynn said some of the efforts made to increase awareness of the site in the region have been to create an advisory board consisting of nine people from area business leaders, superintendents of area schools, members of the local Chamber of Commerce and the Pocono Mountain Visitors Bureau.
“The objective on my part was to make people who have influence in the community more aware that we’re here, more aware of what we’re able to do and find out from them how we can serve the community,” Flynn said.
In addition, various community meetings and a blood drive have been held at the site. Flynn added that an agreement between the Monroe county campus of Northampton Community College is being worked out to bring more students to the Wilkes facility.
Associate Vice President of Marketing and Communications Jack Chielli said the department has employed outdoor billboards, a radio spot, advertisements in local newspapers and direct mail to those in the area who have completed a business courses, have a business degree, or completed a college education to get the word out about the services at the site.
Chielli said the key challenge with marketing at the site has been trying to make people in the area aware of Wilkes’ name.
“Whenever you enter into a new site with name recognition issues it’s difficult to build name recognition at the same time that you’re trying to build enrollment, because one is a call to action, the other is just awareness,” Chielli said. “There’s always a question of what are the resources you can spend, and you always want to be as frugal as possible.”
Chielli added that the Pocono site, as well as the recently opened Mesa, Ariz., site, will need time to have their potentials realized.
“These efforts aren’t usually shooting stars, they’re more slow-paced growth,” Chielli said.
Flynn added that the shift in population in the area has added to the lack of name recognition, adding that roughly 70 percent of the population didn’t live in area 10 years ago.
In the future, Flynn is hoping to expand the programs at the Pocono site by working with the Graduate Education department at the main campus  to offer a Master of Education degree option at the site.Occab im es cus et occae cus similigenimo dolestia pro modi que ipidebis magnis quostio con commolu