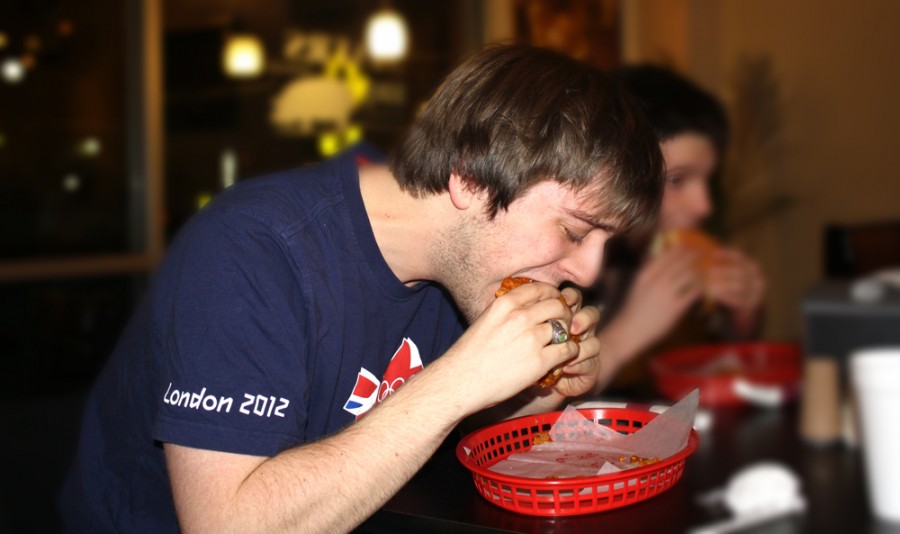 Before the recession in 2007 and 2008, store occupancy was on the rise, with an opening-to-closing rate of 4 to 1, an 80 percent business success rate.

In September 2001, Wilkes-Barre’s downtown area was in a dire state. Nightlife was non-existent, inhabitants had very few choices when it came to entertainment, and storefronts were either abandoned or closing.

Luzzio said businesses in downtown struggled mainly because of the challenge to compete with strip malls, chain restaurants and mass retailers such as Wal-Mart, Target and Kohl’s.

To combat the depressed and primitive state pre-2001 in Wilkes-Barre, many visioning sessions were held throughout Wilkes-Barre to tackle the business drought then the Diamond City Partnership was formed. The partnership laid the groundwork groundwork for six downtown revitalization strategies.

The downtown revitalization work plan was divided into six groups, each having their own specific duty. Group one focused on Business Improvement, group two focused on the quality of life of downtown residents, group three worked on maintaining historical landmarks, group four combined Wilkes-Barre’s collegiate institutions to address issues of mutual concern, group five’s job was to lead the way with strategic marketing and group six’s duty was the formation of the Main Street program.

Statistics on storefront occupancy trends over the past 10 years from the Greater Wilkes-Barre Chamber of Business & Industry show a slight impact of these revitalization strategies.

The trend shows on average that for every business closed, two businesses opened.

Since 2002, there have been two years in which one can see staunch growth in downtown Wilkes-Barre. Before the recession in 2007 and 2008, store occupancy was on the rise, with an opening-to-closing rate of 4 to 1, an 80 percent business success rate.

One can argue that the economic recession may have played a role in the leveling of business success. Larry Newman, the Vice President of Planning, Policy and Development at the Greater Wilkes-Barre Chamber of Business and Industry thinks this is the case.

“The 2008 great recession created a chilling effect for the ability of entrepreneur to create a business,” said Newman. Newman still is proud of the progress Wilkes-Barre has made.

“We are very happy with downtown’s performance last year and seen a net gain of 35 filled storefronts from 2002 to 2011,” said Newman.

Phil Rudy, president of Circles, a successful hoagie shop since 1985 on Public Square in Wilkes-Barre, knows what it takes to be successful in the Wilkes-Barre economic climate.

“You have to understand demographics, who your customer is, have a strong idea of what service you provide and then mate the two,” Rudy said. For Rudy, downtown Wilkes-Barre has treated him well, most of his customer base revolves a block around Public Square.

As an experienced 25-year business owner, Rudy knows the situation can dramatically change at any moment. He insists that business owners have to be flexible and expect change in the market.

“It is an owner’s responsibility to have a certain amount of skill with asset management and make sure to not squander everything,” said Rudy.

Drew McLaughlin, administrative coordinator for Mayor Tom Leighton’s administration, explains that the when the $28 million James F. Conahan Intermodal Transportation Facility opened July 6, 2010 in Wilkes-Barre, many businesses now had a better reason to move into Wilkes-Barre simply because they finally had a place to park.

The federally funded six-level facility on South Washington Street brings the total number of parking spaces to 1,100 in downtown Wilkes-Barre because it connects with the Park and Lock Central garage.

In a July 2010 Wilkes-Barre Times Leader article, Rob Finlay, president of the city’s largest landlord, also cites as a factor when it comes to businesses moving to Wilkes-Barre.

According to Finlay, the Wilkes-Barre Center at 39 Public Square, a 10-story office building with 116,381 square feet of space is almost 97 percent filled from 45 percent three years ago.

Despite all the obstacles entrepreneurs might face in downtown Wilkes-Barre, they are still coming out to open new businesses.

Maer’s Barbecue, Franks Pizzeria and Outrageous are some of more recent businesses opening in downtown Wilkes-Barre. Akeno Sushi Restaurant will also add to the growth of downtown by opening in early March to take over the previously occupied Blue Chip restaurant that closed in October.