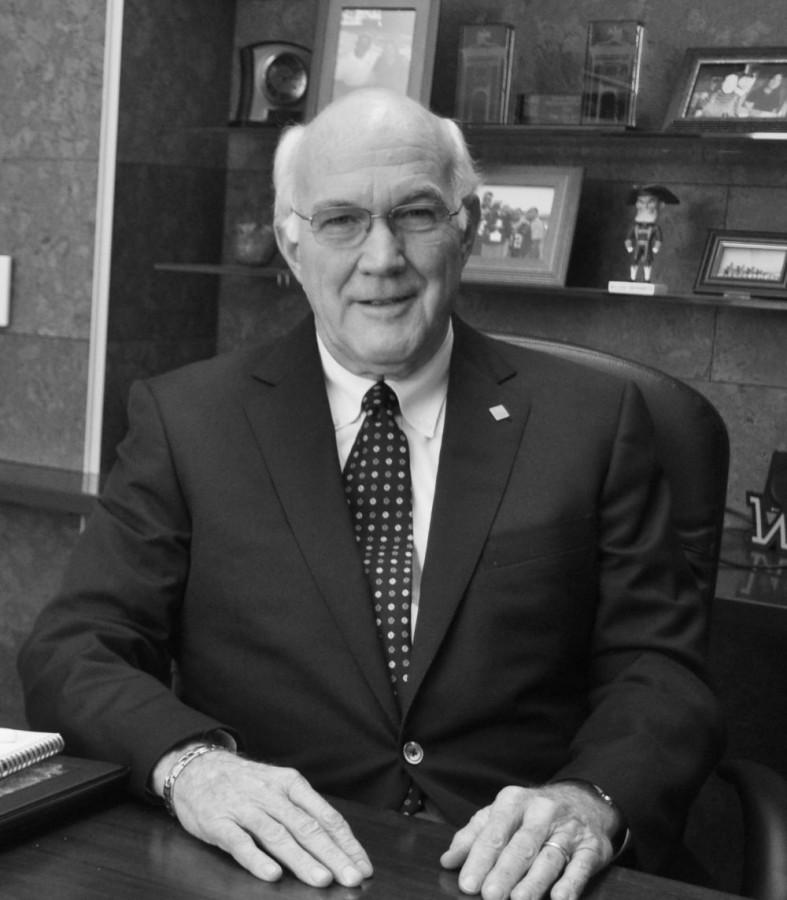 The search to find a replacement for President Tim Gilmour is in its final steps.
After narrowing down many qualified candidates, the Wilkes Presidential Search Committee has found three finalists to potentially succeed Gilmour.
Leahy is the only candidate currently employed at a Pennsylvania school. He is executive vice president of the University of Scranton, which has about 5,100 students.
Gandre is the provost and executive vice president of Roosevelt University, which has campuses in Chicago and Schaumburg, Ill. It has approximately 7,300 students.
Smith served as president of Manhattanville College in New York, which has 2,700 students. She is on sabbatical but since July has served as the executive director of the Initiative to Develop Women as Academic Leaders for the International Association of University Presidents.
The three candidates have been invited to campus during the next two weeks to meet with students and faculty.
Associate vice president and executive assistant marketing communications Jack Chielli, who also serves as staff and project manager to the committee, was pleased with chosen finalists.
“The three finalists are all different, talented educators who bring extraordinary experiences into search interviews, Chielli said. “They were able to demonstrate the Wilkes vision that we were looking for.”
The results of the forum and the survey from the fall have shaped the job description that will be publicized, Chielli said. The top responses aided in the construction of the job description through background information about Wilkes and a list of desired experiences and opportunities.
“Two overriding leadership characteristics that stood from the campus community survey were the ability to fund raise and the ability to communicate and build trust within the campus,” Chielli said.
These top-ranking responses are going to be areas the committee will focus on when they recommend final candidates to the board of trustees, which will ultimately decide the next president.
The student impact is very important, Chielli said. He has been impressed by the two student members of the committee, Christa Filipkowski, the Student Government vice president, class of 2014, and Alexandra Madaya, a junior history major who is one of the student representatives on the search committee.
“Chrsta and Alexandra have been extremely influential throughout the search. They are both well spoken, thoughtful and they have represented the student body so well as a whole.”
The student responses indicate that they are looking for a president who understands the mentoring and growth through relationships through students and faculty.
Following the campus visits, the committee will collect feedback from the campus community via an online survey to help in the selection. Virginia Sikes, the chair of the search committee said student input is vital and will affect the final decision.
“I am asking the campus community to attend the open meetings. The committee will collect feedback from the campus community via an online survey.”
The candidates each will spend two days on campus. Gandre will be on campus on Tuesday and Wednesday; Smith on Thursday and Friday and Leahy on Feb. 21 and 22.
The Wilkes board of trustees appointed the 11-member presidential search committee last year to identify and narrow down applicants. The committee is comprised of Jay Sidhu, chairman and CEO of Customers Bank and whose name the Wilkes School of Business bears; Michael Gottdenker, chairman and CEO of Hargray Communications; two current students; two professors; three university administrators; business consultant Bill Miller, a 1981 graduate of the school; and Virginia Sikes, a partner in the Philadelphia law firm of Montgomery, McCracken, Walker & Rhoads, LLP. Sikes chairs the committee.
The committee reviewed approximately 120 applications and ultimately interviewed 11 candidates, according to Wilkes.
The three candidates are given an opportunity to present his or her vision for Wilkes and a plan for attaining that vision, the college announced.
For more information contact Jack Chielli at [email protected]