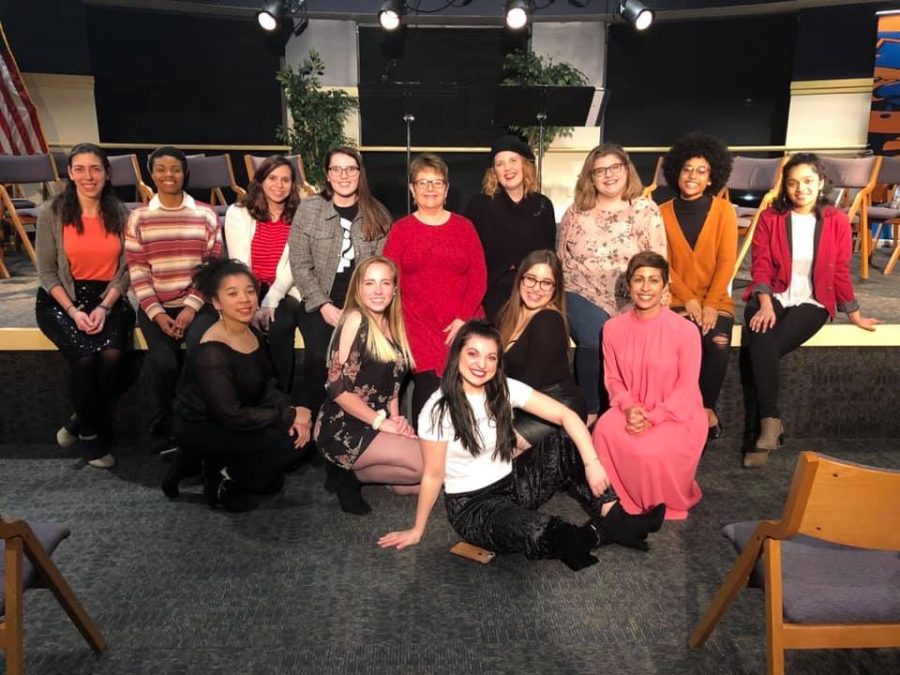 The Vagina Monologues were brought to Wilkes University by Dr. Anthony, chair of the English Department and it has been a production every spring semester since then. This year there are 15 Wilkes University students, faculty and staff involved in the production.

The “Vagina Monologues” are a series of interviews from over 200 women that were molded into a play that celebrates feminine strength and sexuality while also raising awareness for the issues that females and other genders face from society.

The interviews were created and organized by playwright Eve Ensler and have been performed all over the world ever since their birth. The monologues focus on gender-based violence and aim to raise awareness on issues that are happening and are performed from a woman’s point of view and strive to allow the performers to spotlight the ending of various social issues such as, harassment, rape, battery, incest, genital mutilation, and sex slavery.

Students, faculty and staff of Wilkes University are invited every year to participate in the monologues. The group has a series of rehearsals and meetings. Then, they gather together to stand up on the stage and perform in front of an audience.

“Many people don’t know what to expect, which is a good thing,” said Danah Lassiter, a graduate student with residence life at Wilkes University.

She explained that one of the goals is to get people talking about these topics and that by having people attend this event to start that conversation is a leap toward their goal. In addition, the monologues are based on stories from real women with experiences and thus, the show is not comprised of fictional scenarios. The things that are talked about are meant to be relatable; they happened to someone and can potentially raise awareness and help others cope.

“Just reading all the monologues sent to us beforehand is just so powerful and to perform them is a whole other kind of level,” said Neha Kunche, a senior pharmacy student at Wilkes University.

All of the performers that were interviewed were in agreement that the production is important because of its significance in enabling the conversation about topics that people might be uncomfortable with. Even though they are normalized as uncomfortable issues, they are things that happen everyday and thus should not be avoided.

“It’s important to acknowledge that these things happen and that their not weird or taboo to talk about,” said Kylie Dillon, a junior communication studies major at Wilkes University who has been involved with the monologues since her first year at Wilkes.

The topics that are discussed throughout the performance are the same topics that were discussed 20 years ago so one might start to wonder, has anything changed? Why are we still discussing and presenting these issues that should be eradicated at this point in history?

“It’s still an interesting and eye opening performance, it still has importance and relevance but it’s also, wow not much has changed in 20 years that it’s still a revelation to say vagina out loud,” said Dr. Briceño, faculty advisor for The Vagina Monologues since 2015.

The Vagina Monologues are prevalent among many college campuses and it doesn’t seem to be leaving Wilkes University any time soon. The performers involved in the production are passionate about the issues that are discussed. Continued awareness and having a conversation about gender issues and violence towards genders presents a shift in society.

The production will be back again next year, so if you have any questions or are interested in getting involved, please contact the faculty advisor at [email protected]