Artist Spotlight: Sarah Hoffman: Long-time dancer excels at Wilkes like she never has before 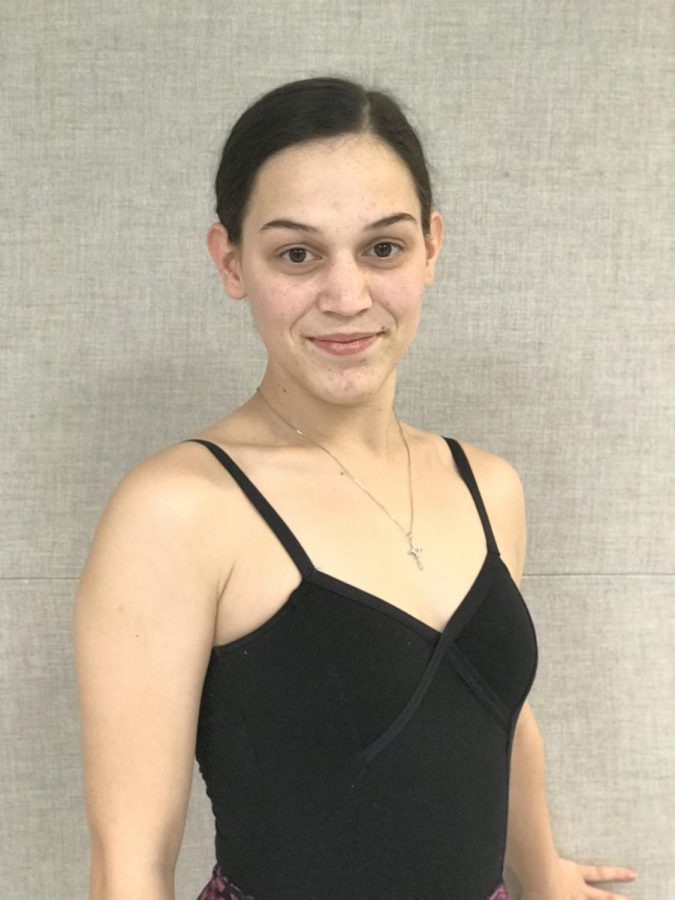 Junior Sarah Hoffman is just one of those people with the performing arts in her veins.

Hoffman is a math and education double major, also pursuing independent studies in dance. While her focus is on ballet, she said that she has “studied everything.” At Wilkes, she does ballet, modern and jazz, and teaches ballet at the University Conservatory with the Degnan Ballet Center.

She began taking dance classes in 1999, when she was 2 years old, and never stopped.

“I actually started because my cousin was in dance, and my aunt was a dancer. My cousin is four months older than me, so we went together and took our first class together,” she said.

While she never even took a break after that, she remembers a definitive decision, at the age of 13, where her life became a lot more focused on dance.

“Am I just gonna do this for fun, or am I actually going to study dance?” Hoffman asked herself, and the choice became clear.

“I went from doing two or three classes a week to doing 20 to 25 hours of dancing a week, which is a bit of a difference,” she laughed.

“I like performing the best. I love getting up on stage and dancing and moving. I’ve always been the kind of person who likes to move rather than to sit still.”

Hoffman’s decision to come to Wilkes resulted in her progress, she said.

“(Before Wilkes) I was at a place that was very good training, and I appreciate what they did for me. They taught me the basics and the foundation, and I wouldn’t be as good a dancer if I didn’t go to that studio, but I wasn’t the best person there, and I didn’t get as much individual attention as I could have,” she said.

“When I came here, I was told that I had a lot of potential. People started paying attention to me and giving me correction, and I was able to improve a lot more and quicker. I think the amount I improved in college … I never would have guessed that I would have gotten so much better, just from that individual attention.”

Her presence at Wilkes also led to her achieving the “biggest breakthrough” in her dance career, when she performed in The Nutcracker in December.

In the ballet, Hoffman was cast as Klara — a significant lead part, a part which she had aspired to for quite some time.

Hoffman performed in The Nutcracker for the first time a short year or two into her career, at the age of three or four.

“My first role in The Nutcracker was the crown jewel child, which was the person that brings the crown on for Klara in the second act,” she said. “I just remember, I held Klara’s crown, and I always wanted to be Klara. You know, every little ballerina wants to be Klara.”

As time passed and Hoffman participated in countless productions of the iconic ballet, she began to question whether her dream would ever come true.

She wasn’t sure if she would end up in a place that did The Nutcracker after leaving high school, but she did. The production is put on every year at Wilkes.

“Then when I got here I thought, ‘I’m a college kid.’ And I never thought that Klara was in my future. So I was very stunned, and it was one of the biggest moments in my life to get Klara.”

Hoffman plans to become a high school math teacher, a decision she came to as a result of her work teaching young dancers with the Degnan Ballet Center.

“I wasn’t always an education major. I was just straight math,” she explained. “Teaching does enrich your life … just the thought that you taught them something that they didn’t know and they were able to excel at it, I love that feeling.

“They might forget all the dance things they ever learned in my class, as long as they get the morals and the respect. There’s a lot of different things in ballet than just the dance steps,” she explained. “How to work together as a team, collaborate, respecting you teacher … there’s tons of life lessons.”