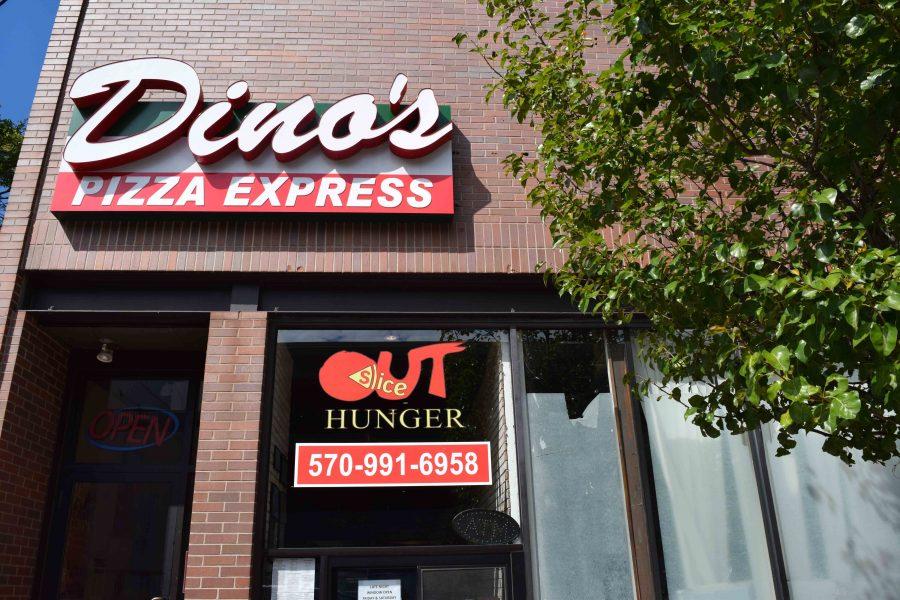 Over the past nine months, Dino’s Pizza Express in Wilkes-Barre has donated more than 4,000 slices of pizza to local shelters.

This is made doable through their “Slice Out Hunger” campaign, which allows customers to buy a plain slice of pizza for 99 cents and donate 99 cents to buy a slice for a homeless shelter.

“I got the idea from a pizza shop in Philadelphia called Rosa’s. It blew up on the internet and I figured why not try it here. It was a great idea and everyone seems to love it,” Buonsante explained.

Another crowd pleaser is the grandma pizza, as well as the chicken, bacon and chipotle ranch slices.

Brian Surdovel, a senior said, “I started going to Dino’s because I heard they had really good pizza at a great price.

“Every time I go in I get a 99 cent slice for myself and I donate one. I figure that if I’m lucky enough to buy myself one slice of pizza, why not try to help someone who can’t buy it themselves,” he continued.

Buonsante said that students should keep their eyes out for the chance to order delivery within the next couple of months.

Dino’s is also open until 3 a.m. on Fridays and Saturdays, weather permitting.

If you want pizza and or are interested in participating in the “Slice Out Hunger” campaign, Dino’s Pizza Express is located at 41 S. Main St. Wilkes-Barre, next to Thai Thai.