Little Theatre of Wilkes-Barre continues its ROCK OF AGES run 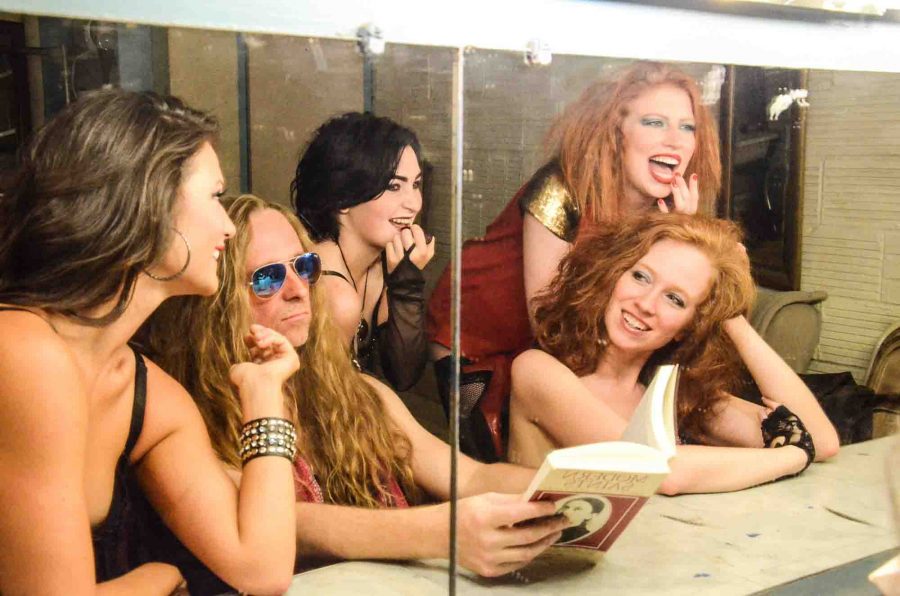 If you haven’t seen the Northeastern Pennsylvania premiere of Rock of Ages, there’s still time.

Little Theatre of Wilkes-Barre, located  at 537 N. Main St., will present the final weekend of the jukebox musical this weekend.

Characters Sherrie (Katie Owens), a small-town girl looking to become a movie star in Hollywood, and Drew (Joey James), an aspiring rock star, fall in love but not without complications.  Lonny (Lou Lyons), acts as a comical narrator to the love story.

The show attracts a diverse audience.

It is not your typical musical with classic show tunes–it’s a hybrid of sorts, adopting well-known classic rock music into its score.  The song list includes hits such as We Built This City, The Final Countdown, and Every Rose Has Its Thorn.

“Everybody knows every single song in this show,” Director Tom Franko confirmed.

Franko, who is also an assistant professor in Wilkes’ School of Pharmacy, said the music in Rock of Ages reminds him of the times his dad would play that music for him growing up.  He wanted to direct it so that he could “consistently live back to those moments” and grant other people the opportunity to feel the same way.

What would rock be without a revolution?

Throughout the plot, protestors fight to stop their prized Sunset Strip from being turned into a strip mall.  Time after time they challenge the German developers, singing We’re Not Gonna Take It in true 80s-style rebellion.

“I loved that they took 80’s hits and put them into the musical,” said Maddison Black, a Wilkes freshman who attended Rock of Ages on the opening weekend.

For Black, a musical theater major, seeing the show at Little Theatre was like returning home.  This summer, she played the role of Mitchie in Camp Rock.

“It was great to revisit the stage I had so much fun performing on.”

The show is very high-energy.

Black said it had her on the edge of her seat, wondering if Drew and Sherrie would find each other again.

Like a proud dad, Franko is satisfied not only with his cast, but the musicians, band, crew, set constructors, and choreographers for bringing the show to life, as he recalls the “thunderous applause” at the end of each act.

Tickets start at $20 (Wilkes University students can see the show free of charge with student ID) and can be purchased online at rocknepa.com or at the Little Theatre box office located at 537 N. Main Street, Wilkes-Barre. Remaining shows and times are 8 p.m. on Sept. 23, and 24, and at 3 p.m. on Sept. 25.

Franko stresses the unique opportunity students have “literally four minutes away” from campus. In the coming months, three more off-Broadway shows will be performed at Little Theatre. He says those over 21 can take a break from studying, get a drink at LTWB’s bar, and spend a night out at the show.

Students can “live the New York lifestyle for the cost of a dinner.”