A“Project” with an important message; Alumni to star in and direct The Laramie Project at Little Theatre of Wilkes-Barre 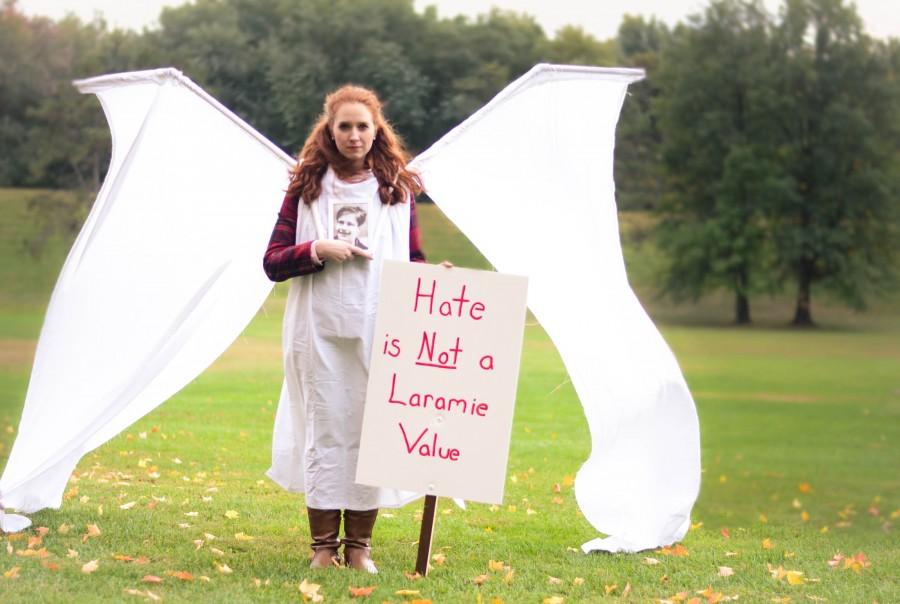 On My Cue Photography

On Oct. 7, 1998, the 21-year-old University of Wyoming student was brutally attacked, kidnapped and tortured. He was was then tied to a fence and left to die just outside his hometown of Laramie, Wyoming.

He stayed tied for 18 hours, his face covered entirely in blood except where his tears washed some away, until he was discovered unconscious.

On Oct. 12, 1998, the son of Judy and Dennis Shepard was pronounced dead at a Fort Collins, Colo. hospital.

During the year after the hate crime, Moises Kaufman and members of the Tectonic Theater Project interviewed more than 200 people from Laramie; the interviews were written into a play entitled The Laramie Project, which will make a local appearance beginning Nov. 14 at the Little Theatre of Wilkes-Barre. The theatre is located at 537 N. Main St., Wilkes-Barre.

“It’s about the first documented hate crime that was brought to the attention of the nation,” said Deirdre Lynch, the show’s director and 2008 Wilkes graduate. “It’s about how a murder, whether it was a homosexual hate crime or a heterosexual murder, affects a town.”

Lynch was a part of the last local performance of this show, which took place at Wilkes in 2006.

“All of us were about the same age so we all had the same kind of views going on about the show. Here, we get to have people from all different walks of life get exposure to this show,” she explained.

Lynch hopes it will be a poignant and thought provoking experience for those attending. Wilkes students can attend the show for free; all they need is their student ID card and WIN.

“It’s definitely going to be an emotional show, and that’s a good thing. When I did it at Wilkes, there was not a moment when we were not crying on stage,” Lynch continued.

Maureen Hozempa, who graduated from Wilkes in 2007, will be performing in the play. She feels that it is an important production for the Wilkes-Barre community specifically.

Hozempa is eager to be involved in such a dramatic and heavy-hitting production.

In addition to Lynch and Hozempa, there is another Wilkes connection in the production. Dr. Tom Franko, an assistant professor of pharmacy practice, is also acting in the show.

“We really want to work with the colleges to spread this work,” he said. “Colleges are sort of our pillars of tolerance and bringing out new thoughts and beliefs, and what a great thought and belief to bring out with this show.”

“Unlike other shows where you’re playing someone who is fictitious or someone who is long dead, the majority of these people are still alive,” he explained. “They are all real. These are actual words that people said as close as 18 years ago. This is really powerful stuff.”

The possibility of controversy is not lost on Franko.

“Is it going to upset some people? Yeah. But it should. I think it’s going to open people’s eyes to the importance of treating everyone with the same amount of respect and dignity that they expect.”

For additional information on Shepard, or to read about the Matthew Shepard Foundation, go to www.matthewshepard.org.

According to its website, the foundation’s mission is “to erase hate by replacing it with understanding, compassion and acceptance.”