Campus in a haze over smoking debate 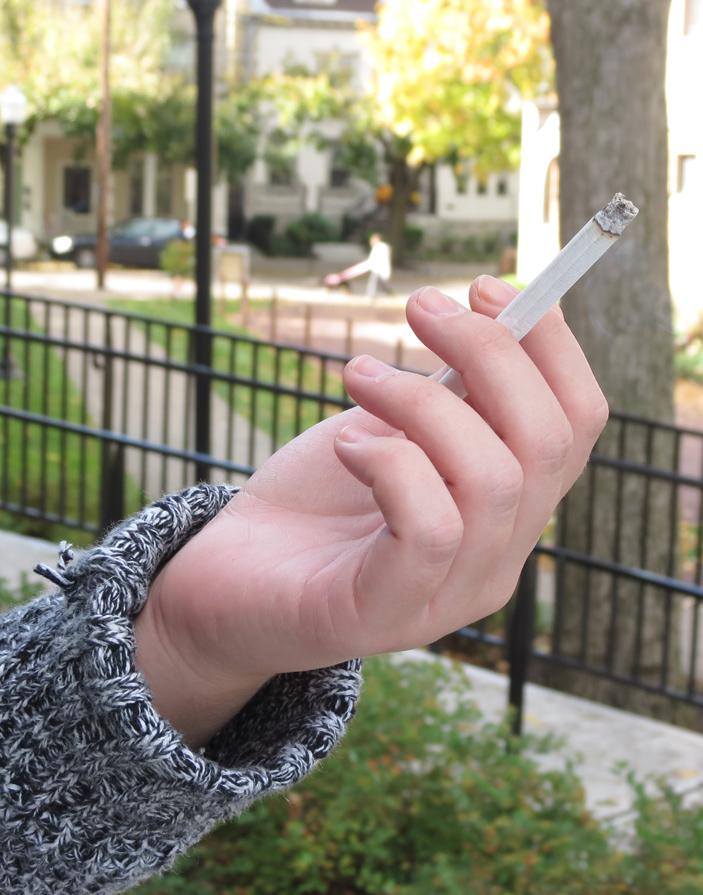 There are at least 1,478 smoke-free campuses in the United States, but Wilkes University is not one of them, according to Americans for Nonsmokers’ Rights.

“I am disappointed that we’re not a smoke-free campus,” said Shawn Carey, president of Wilkes University’s Bacchus. “Smoking is one of the most harmful decisions students can make.”

Not only does smoking affect the users directly, but also those around them, Carey said.

Bacchus is a campus club that promotes good decision making in college students and informs them of the potential dangers of harmful choices. Nationally, the Bacchus Network emphasizes the health of everyone, and highlights the dangers of second hand smoke.

Wilkes University’s Dean Mark Allen explained it is difficult to make an urban campus smoke-free. Allen also said there has been mention in the past of rules regarding how far a student must be from entrances and ventilation areas when smoking, but thus far they have not been executed.

A new committee led by Paul Adams, vice president of student affairs, is in the making to discuss possible alternatives.

Recently, 13 Wilkes students were surveyed about their opinions on this issue. While the majority was largely apathetic, several students did have notable arguments to promote change.

Senior Mike Skumanick and sophomore Ryan Rompolski agree that smoking should not be allowed in the doorways, as those are areas that all students pass through and are likely to be disrupted by clouds of smoke.

Another student, sophomore John Morio, brought up another aspect of smoking on campus. Some students could have health conditions, like asthma, that might be worsened by smoke.

Morio said that although he is generally OK with not having a smoke-free campus, it can sometimes raise concern regarding his asthma.

The majority of the U.S. population does not smoke, according to the Americans for Nonsmokers’ Rights, which is part of the reason that a growing number of college campuses are choosing to become smoke-free and create a healthier environment.

Sophomore Shelby Petro says that although she is a smoker herself, she would still appreciate designated areas for smokers. She explained this would allow her to feel like she can do what she pleases without bothering others.

There are other students who recognize the importance of having this luxury, including those who are not smokers themselves.

“It’s nice that if people want to do that, they’re able to,” said freshman Rachel Hodgins. “It allows people to make their own choice.”

The opinions about a smoke-free campus varied among Wilkes students, but one aspect that many agreed upon was the idea of designated areas.

Freshman Keegan Thomas said it would be preferable if it “wasn’t in his face,” which was a common answer from many of his peers. Designated areas would be a simple solution to this problem, as many students concluded.

For more information about the benefits of a smoke free campus, visit www.tobaccofreeU.org.