Baja is not just in California: New team; fresh start 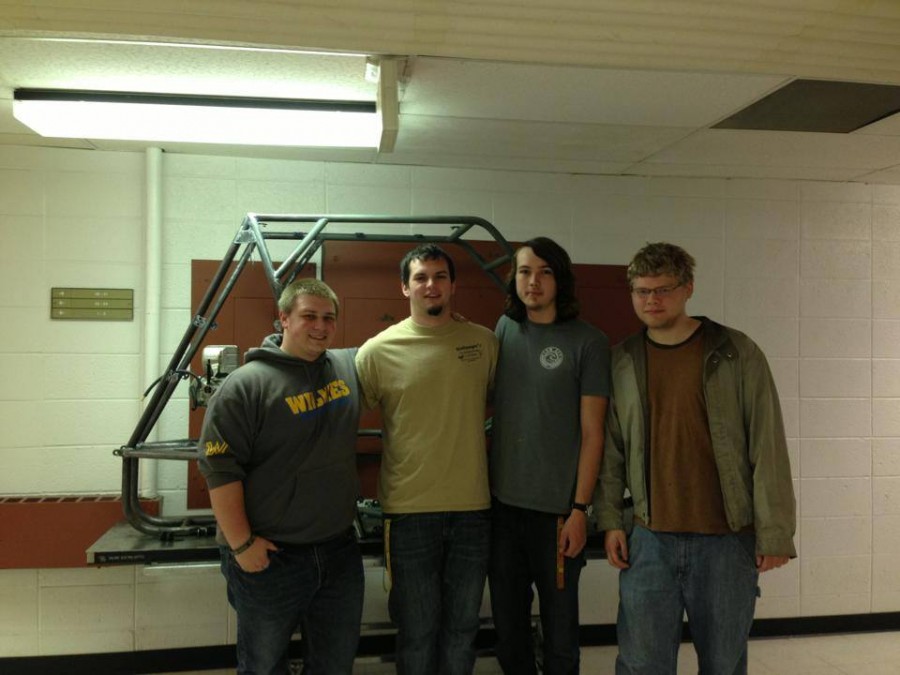 The variety of clubs on the Wilkes campus is unknown to most of the student body.
The Baja Club may seem like an unfamiliar presence in regard to Wilkes extracurricular options, but the members think and plan differently.
The priority of revival and rejuvenation to the club is in full swing this year with high hopes and bright futures for years to come. With sophomore president David Hopkins at the helm, vice-president John Kiehart, treasurer Lauren Evans, Jesse Muniz as secretary and Mitchell Adams as the advisor, anything is possible.
The club consists of about twenty people, most of which are Engineering majors. The majority of the members are freshmen.
The club is overseen by the Society of Automotive Engineers who initially created the Baja organization. The S.A.E also host events outside of the United States, in places like South Africa, South Korea and Brazil.
The main goal of the club is to build a small off road vehicle that will be taken to events nationally to compete with about 100 other universities. In the United States, competitions are held in Maryland, Alabama and Oregon.
Currently, the club is only in the designing stages, which is where the construction of the vehicle is laid out and carefully planned. Therefore, it looks as if they will not be competing this year. However, the team ultimately plans on having the vehicle built by the end of this year with hopes to fine tune and show it off next year.
Hopkins gave some insight about the club and how it relates to the engineering field saying, “Getting involved in the club is a good way for engineering students to get a practical hand on approach to engineering.”
The spirit to revamp and revive a club that has not competed since the 2008-2009 school year is of high importance and it is well on its way. The team is also looking for sponsorships in order to cover the cost of parts and other essential things for the club.
With high hopes of a successful future, the Baja team hopes to be ripping through some dirt tracks and mud in no time at all.