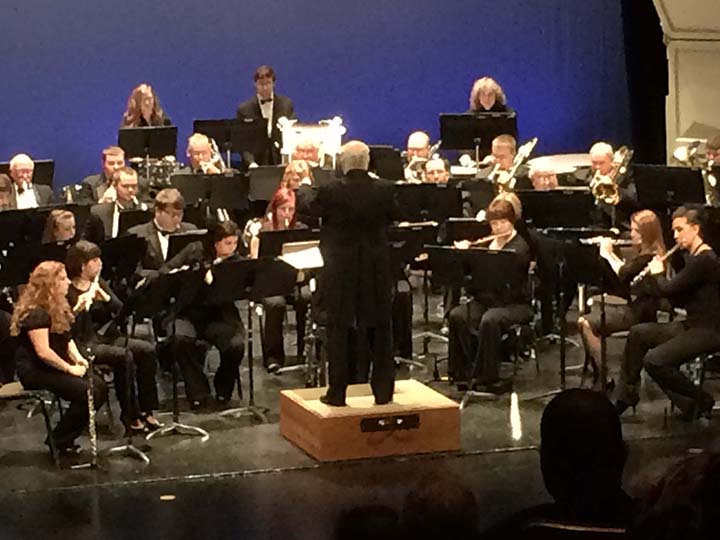 The band collaborated on two different pieces, “Natya” with the Classical Indian Dancers from the Wilkes University Conservatory.

For the “Malagueña” piece, the band performed with a local high school student from Wyoming Seminary on the piano, another student who practices at the conservatory.

Adam Wychowanec, a sophomore student at Wilkes, said he enjoyed the show and that it would be interesting if there were more shows like this on campus.

“It would be something different that Wilkes University can bring to the campus,” and added that he would consider going again if there were more shows like this.

Of the band’s performance, Wychowanec said, “They seem to perform quite well.”

Martina Barna, sophomore student at Wilkes and flutist in the civic band, said the band had been practicing since the beginning of the semester but that all of its hard work paid off in the end.

“It seemed like we were all a little bit stressed at the very end, but it definitely worked out well, and I think we’re all proud of that,” she said.

Barna also said she thought the concert had a good crowd.

The concert had a good turnout, the music was great, and the band seemed to have fun collaborating with the other parts of the Wilkes University Performing Arts and their students.