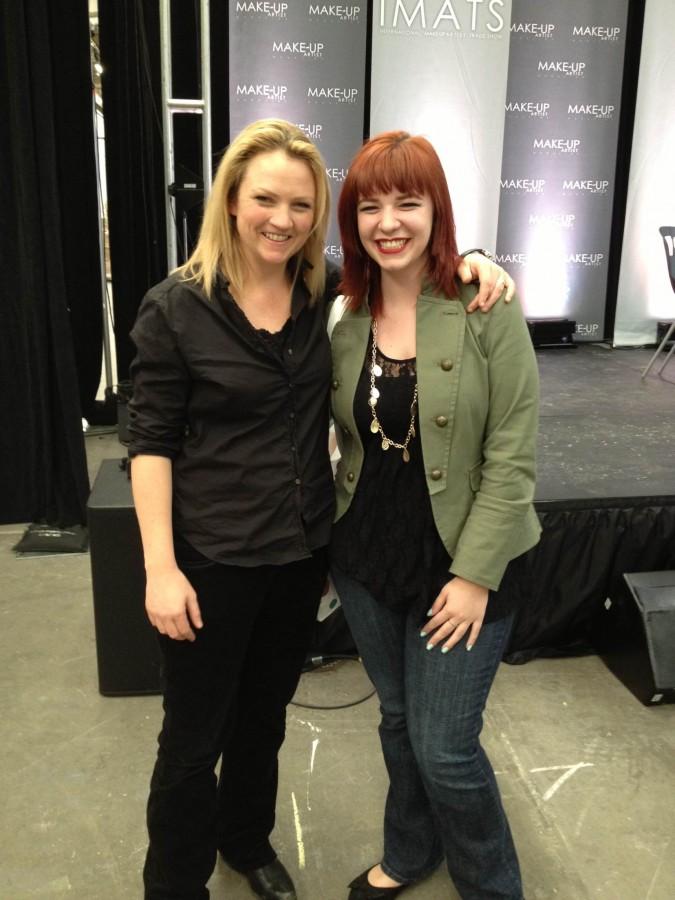 Lane spoke about her work on The Hobbit at this year's IMATS.

Furry hobbit feet, elvish ears and Gandalf the Grey’s long, hooked nose are most likely to be called to mind when you think about the fantastic world of Middle Earth.  Oscar-winning makeup artist Tami Lane is the woman responsible for such iconic images.  Surprisingly, makeup was not Lane’s first consideration as a career.

Lane got her start by visiting K.N.B. fx group in L.A. for an interim class to learn about the entertainment industry.  She had been doing makeup as a hobby for community theater and houses for Halloween while studying art and graphic design at Bradley University.

After putting in an application and beating out 60 others for the 10-student class, she was able to tour the studio.  Lane was so impressed with her experience there that she asked Howard Berger, one of the co-owners, how to get involved.

He told her that if she moved to L.A. he would give her a job, so she and her friends made the trek to California from Illinois just two weeks after their college graduation.  She began sweeping floors and stocking shelves, and just nine years later was accepting an Oscar for her work with Berger on The Chronicles of Narnia.

Since then, she has been nominated for a second Oscar for her work as the prosthetics supervisor on The Hobbit.  Ironically, Berger was one of the other nominees for his work on Hitchcock. The two consider themselves best friends and are always found talking about the other fondly and goofing around on set.

Lane has spent eight of the seventeen years she has been in the business working on the Lord of the Rings and The Hobbit trilogies.  In The Hobbit, which is her most recent project, took 240 days of filming in New Zealand.  Every morning began at 4:30 for Lane and her crew.

Tami Lane brought in Katy Fray, who worked on Harry Potter, and dozens of English, American, Australian and Kiwi artists for a total of 40 people working in the makeup department.  Characters were painstakingly sculpted and resculpted before Tami and her crew even got their hands on them to paint and apply the pieces to the actors.

She had to turn down many very talented artists because they didn’t know how to punch hair into prosthetic pieces, which was essential in this movie.  Creating realistic eyebrows for all the dwarves was a huge undertaking and the crew was always punching hair to the whopping 13 sets of prosthetic pieces used on each character.

Next time you see a Lord of the Rings movie or the next installment of The Hobbit (coming out December 13 of this year) and are captivated by the world of Middle Earth, consider the amount of work that went into it and who is responsible for bringing the hobbits, dwarves, orcs and wizards to life.

“It was a big challenge,” Lane said, “and I’m honestly amazed we got through it intact.  We’re a bit crazier, but we’re still intact!”