Aura Om Yoga, more than just the practice of yoga 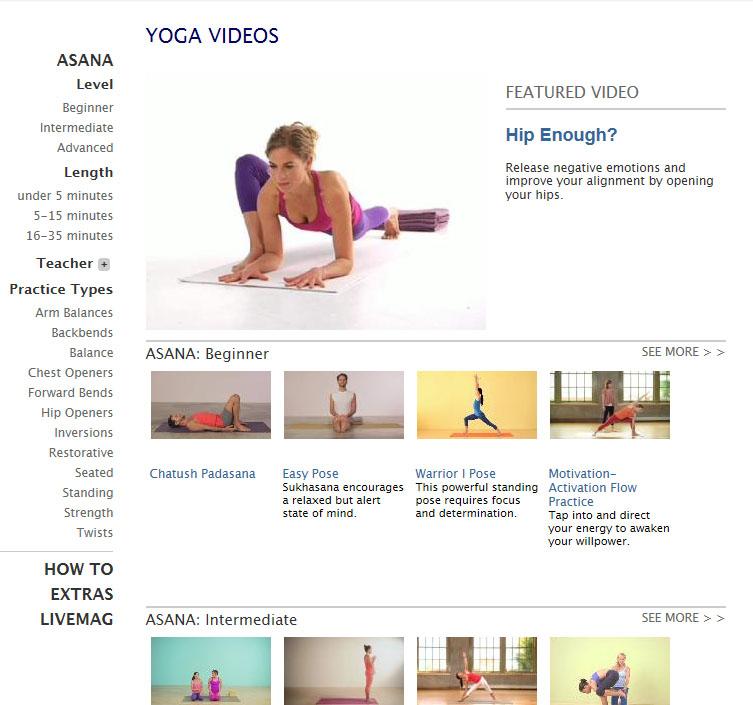 When Aura Om Yoga, a yoga studio in Wilkes-Barre, opened its doors in November of 2009, Owner Colleen Walsh of Wilkes-Barre had a plan to expose as many people as possible in the community to the practice of yoga.

A Wilkes graduate herself, Walsh was previously at the co-op Arts Universe in Wilkes-Barre on S. Franklin St., but said when the opportunity to create her own studio presented itself, she grabbed it.

“I liked the way the city was renovated and thought it would be a great addition to the city to have it here,” Walsh said.

When she first started, Walsh said she was a one-woman operation, who used to teach all of the classes. But the studio is now growing and going through a period of revamping, redesigning and welcoming new staff.

Walsh said Aura Om Yoga was the first actual yoga studio in Wilkes-Barre, although other places such as the Wilkes-Barre YMCA, Pittston YMCA and the JCC also have great yoga.

“A lot of people want to come to a yoga studio that’s not a gym,” Walsh said.

Walsh said she has a lot of creative, talented students as well as other teachers working with her.  She said she sends out the message and gets people coming to her with the same philosophy about how they do yoga.

“I enjoy being able to educate others about yoga through working at Aura Om,” Physician Assistant Jessica Manzolillo said. “It is through my own personal practice and study of yoga that I learned the benefits yoga has to offer for physical and mental health and I want to share that knowledge with others.”

“I love coming to Aura Om because it’s more than just a yoga studio,” yoga teacher Sara Casey said. “Since I first came there as a student, Colleen and everyone there were so welcoming and friendly, they embrace newcomers as family. There is no judgment in the studio, just lots of kindness and love. I feel so lucky to have stumbled into Wilkes-Barre’s hidden gem.”

Some might be wondering how the studio got its name. To her, it resonates with the idea of “universal light.” Walsh said simply put, she likes to think of it as light colors around the body, and is something her son actually helped her come up with. At Aura Om Yoga, it’s about body, mind and spirit. As featured on its website, Walsh said the studio is described well as a small intimate, welcoming studio where you feel at home, and she likes it that way.

Classes taught at Aura Om Yoga range from beginner to intermediate, as well as classes for all levels. There are a few more specific types of yoga, including slow, gentle yoga, fundamentals yoga and powerful flow yoga.

Walsh said slow, gentle yoga is very good for injuries or those who are just beginning or just want a slow stress relief type of yoga. Just as the name implies, this yoga is at a slow, gentle pace.

Fundamentals yoga is the better choice for those who want to focus and need a good review on alignment, with locks and straps.

“This could be from beginner to all levels because you might be all levels and want to come,” Walsh said.

For those looking to work up more of a sweat, powerful yoga may be the better way to go. Again, this is a more powerful form of yoga, which concentrates on holding poses within a flow, flowing from one pose to another.

Walsh said you can also practice yoga in other ways just by breathing properly and being in the moment.

Because everyone is different, the kinds of poses people tend to practice really depend on the individual. Walsh said the practice teaches mindfulness so it helps with everything.

“Everyone’s body is unique, so there are many different poses that work for different people,” Walsh said. “We carry a lot of emotional baggage in our hips, so hip openers are popular and requested. People also ask for hamstring stretches. It is not surprising that the pigeon seems to be a favorite because it helps release emotional tension. Cobbler is another.”

Walsh said hip openers are simply poses that open and release tension from hips, and hamstring stretches are forward folds, which need to be exercised with caution. Other poses include the downward dog or lying on the back with one leg in the air supported by a band or hand, the latter being a must if you experience back pain.

Because most of those who work at Aura Om are working professionals, class times vary. Right now there are six classes per week, which are mostly in the evening. Two classes are held on Monday and Tuesday and one on Thursday and Saturday, and no morning classes are available except for on Saturday. Walsh said there are about eight to 10 people per class on any given night, which offers a lot of personal attention for those who are present.

However, Aura Om Yoga is for a little more than just practicing yoga. There are lots of seminars, teaching, study groups and free and special programs as well as massages that just started. In addition to this, classes that concentrate on yoga for the back, depression and once a month family yoga are offered, and studio-goers can also enjoy live music with yoga.

Aura Om Yoga sees ages all across the board, but Walsh said she and other teachers there work with whoever is in the room.

“The motto here is yoga for everyone, ages three to 103,” Walsh said. “It is for anyone, of any ability and of any circumstance.”

It is also accessible to anyone.

College students or anyone over age 65 only have to pay $5 per class, and walk-ins are $10. However, with punch cards and monthly passes, every class is under $10, and Walsh said this is a deal mostly everybody takes advantage of.

Walsh said Aura Om Yoga is a homey kind of community that operates with a simple, one step at a time approach, and focuses on breath postures with safe alignment and meditation. It is a place where you get personal attention and a stress-relieving, spiritual practice, a “home away from home,” as Walsh described it.

“It’s about how you treat yourself and others,” Walsh said. “It’s not just about poses, sometimes we just need to give ourselves that quality time.”

Walsh still hopes to see new and more faces in the studio.

“Getting the word out has really been happening within the past year, but I think we still have quite a few college kids to reach,” Walsh said.

She said the studio has really evolved over the last couple months and they are now in conjunction of programs with the YMCA and Pittston YMCA together to bring more for the community, and she’s really excited about it.

Aura Om Yoga’s second annual open house will be on April 21. Come check out the studio. You can also visit the website at http://www.auraomyoga.com/ or call (570)-239-4370 for more information.

More info to add still  **AS