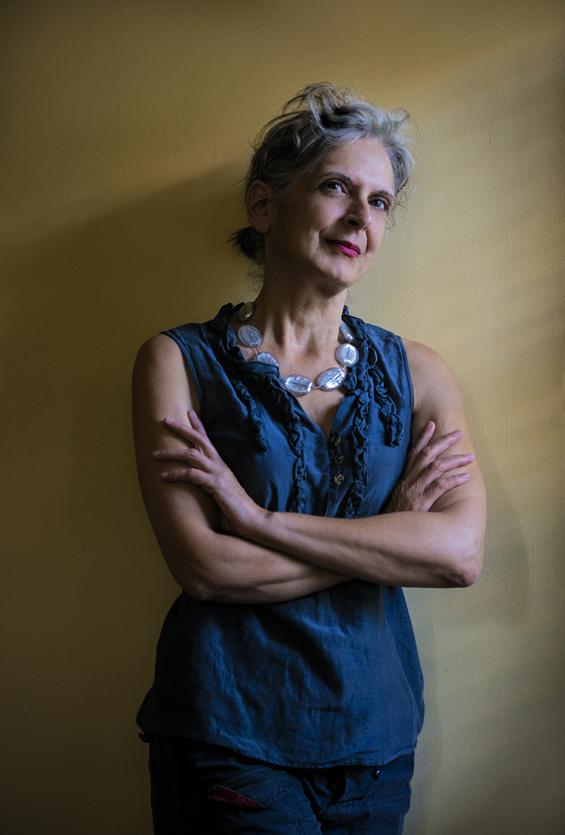 Beverly Donofrio’s life is an open book. Several, in fact. A movie, too.

Best known as the author of the best-selling memoir “Riding in Cars with Boys” – adapted in 2001 as a film starring Drew Barrymore – Donofrio’s candor is disarming. When asked about the genesis of her latest book, “Astonished: A Story of Evil, Blessings, Grace and Solace,” she speaks unreservedly, in so casually matter-of-fact a manner as to stand in startling contradiction to the subject at hand.

Some may find such stalwart optimism following as traumatic an experience as rape unbelievable. It speaks to Donofrio’s transcendental attitude toward life, as does her willingness to speak about such matters so openly and honestly.

That openness will be on display next Wednesday, April 3, when Donofrio visits the Barnes & Noble Bookstore on Main Street for a free event hosted by Wilkes-University’s graduate creative writing program. Starting at 7 p.m., the author will read excerpts from “Astonished” and also take part in a book signing and question-and-answer session, allowing attendees a firsthand glimpse of the person she’s become since that traumatic night in 2006.

“It’s like the quote from Hamlet: ‘There is nothing good or bad, but thinking makes it so,’” Donofrio says.

“Great suffering and great love are universal pathways to spirit, to God. I knew that this would probably open something up for me, even if at the time I was devastated. And so I continued on the journey I was already on, which was to look at monasteries to see if I could find one that would possibly open its doors to me, a woman who had a grandchild who I had to visit. So that launched the book and this amazing journey, basically of a deepening spiritual practice, but also a journey of recovery and healing.”

Despite her impassioned belief in the power of faith, Donofrio is quick to remark that she doesn’t consider herself religious. Instead, she says, it’s important to differentiate between being a spiritual person and being a religious one.

“‘Religion is populated by people afraid of hell. Spirituality begins to make sense to those who have been through hell.’ That’s a quote from Father Richard Rohr. I think religions are more anti-spiritual, really. At least, most of them are. I don’t like being told what I’m supposed to believe in and that if I don’t then I’m excluded from the club.”

Just as central a part of Donofrio’s life as her spirituality, of course, is her writing. Something she’s had a gift and a love for since as far back as she can remember, writing has been more than just a profession for Donofrio. It has been a soothing salve in her time of need.

Through her writing, Donofrio says she was able to process what happened to her and verbalize the vital realization that her rapist had been the one who had done something wrong, not herself. It also helped her bridge the emotional and logical parts of her psyche, ultimately proving itself key in her journey of healing.

Looking back on the way her writing has helped her throughout her life, Donofrio says she hopes her story can be just as helpful for her readers.

“With (‘Riding in Cars with Boys’), I wanted people who screwed up in high school to realize it isn’t the end of the world. They can turn it around. Just go to college. In (my second book, ‘Looking for Mary, or the Blessed Mother and Me’), the idea behind that was to say to people if you can possibly develop a prayer life and deepen your spirituality and believe that you can ask for help and it will be given and feel loved by God or whatever you want to call it, then your life will improve, you will feel better, you will feel more peace,” she says, reflecting on the messages behind her previous memoirs.

“What I try to do is share my humanity. It’s important for me to be as honest as I possibly can. In doing so, I hope that other people can be honest with themselves. Because I’m admitting this, maybe they can admit it, too.”