The 101: Something Fishy’s Going On 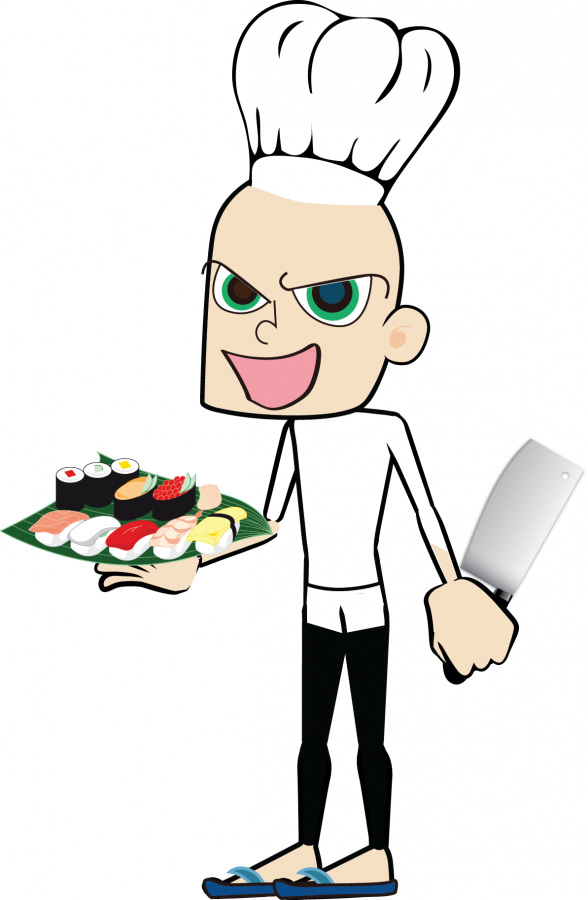 If you’re a college student whose fingers smell like fish, chances are you’ve been up to either of two things. One of ‘em is eating sushi.

Admittedly, though, Wilkes-Barre, Pa., isn’t exactly considered synonymous with exceptional Japanese cuisine. Despite that, there may be more options out there than it appears at first glance. Which ones are the real deal and which ones’ chow ain’t fit for a budget buffet? The Beacon decided to find out.

Katana has been around literally forever. OK, maybe not literally. In any case, you don’t get to be one of Wilkes-Barre’s most popular and enduring dining spots if you don’t have something to offer, though. Balancing the entertainment factor of hibachi with a classy-but-casual atmosphere, Katana is a nice middle-ground between upscale and unpretentious. The food can be pricey and the employees can be cold (and surprisingly clueless, at times), but the sushi is some of the cleanest, freshest tasting in NEPA.

Tired of hibachi pyrotechnics and impersonal service? One the opposite end of the spectrum from Katana (but within walking distance in downtown Wilkes-Barre), Akeno Sushi, one of the newest contenders to throw its chef’s hat in the ring, offers a more mellow and intimate experience. Smaller than many of the other eateries on this list, Akeno has a pleasant “Japanese sushi bar” vibe. The employees are friendly, the prices are reasonable and the modern New York-style sushi is better than average. Stripped-down and hibachi-free, with an assortment of unique rolls, this quiet setting may not be top choice for a long dinner out with friends, but it’s a perfect spot for a relaxing, stress-free lunch break.

With its inviting blend of high-quality eats and Westernized, family-friendly atmosphere Mirakuya sets a standard for other Japanese restaurants in the area to strive for. Unfortunately, we’re not talking about Mirakuya’s Wilkes-Barre location when we say that. We’re talking about the Hazleton one. In truth, Mirakuya Wilkes-Barre is still a solid place for sushi or hibachi junkies to fill their bellies, but it still has a ways to go before it can properly compare to its sister site. The service is hit-or-miss, but at least the food is good (try the Godzilla roll, seriously). With a full bar and TVs on the walls, Mirakuya might be right up your alley if you’re looking for somewhere to fill up on fatty tuna while getting a li’l rowdy watching the game.

Quiet and semi-formal, Shogun’s ambience hews closer to fine dining, without being completely off-putting for those in the market for a more casual experience. Located inside The Woodlands Inn & Resort, you probably wouldn’t go there unless you were already on-site for an event, but you’d be missing out. The stream-side view is beautiful and, if hibachi’s your thing, you don’t have to worry about pushy, faux-enthusiastic cartoon-character chefs.

Though its location within walking distance of a hotel is ominous (convenience rarely indicates quality), Mizu Sush & Hibachi is actually an upstanding option for those with a taste for soy sauce ‘n’ sashimi. Mizu won’t win any points for Japanese authenticity, but, by marrying the casual sit-down vibe and hibachi stunt-show of Katana with the Westernization of Mirakuya and the affordability of Akeno, it’s ideal for a fun dinner after a long day of blowing money on overpriced consumer goods at the Wyoming Valley Mall. Still, unlike Akeno, at Mizu you get what you pay for and not a cent worth of quality more.

There are a lot of options when choosing where to get sushi in the Wilkes-Barre area, and even more options when you actually sit down to order. In fact, if you’re new to sushi, you may find yourelf in over your head. Don’t know the difference between an egg roll and a California roll? Let The Beacon be your guide. This is…

People think sushi means raw fish, but the word “sushi” actually refers to the sugar and vinegar-seasoned rice the fish (or other seafood, or vegetable, or whatever) it’s served with. And it’s not always raw. Many varieties, including shrimp, crab, octopus and the oh-so-delicious eel, are served cooked. Don’t worry, though. The raw stuff is perfectly safe.

The simplest, purest form of sushi. Nigiri is a single piece of sashimi (or other ingredient) served on a finger-length bed of rice.

The go-to sushi selection for most Americans. Maki consists of rice and other ingredients rolled into a log wrapped in nori (edible seaweed paper) and cut into sections.

A spicy, horseradish-like plant ground into powder or paste and served with sushi in Japan. Extremely rare outside of Japan, what you’re eating in America is actually faux wasabi. It’s a milder mix of horseradish, mustard and green food coloring.

Thin, pink slices of pickled ginger root. As sushi-making is considered an art-form, with every taste and texture meant to be fully appreciated, gari is intended to be eaten between dishes to cleanse the palate.

You know what soy sauce is: Salty brown liquid goodness. But do you know how to use it? Don’t just dip your food into the soy sauce like it were ketchup (that’s considered insulting to the chef and damaging to the delicate flavors of the ingredients). Instead, if eating nigiri, simply turn the piece upside down and lightly dab the top of the fish in it.

A Japanese saying that means “I’ll leave it to you.” Indicates utmost respect for the sushi chef by taking ordering out of the customer’s hands and allowing the chef to prepare whatever dishes he wants, with whatever ingredients he wants, in whatever way he wants. Though it might appear an option more for experienced and adventurous sushi-eaters, this can actually be a great way to try new things if you’re a novice.