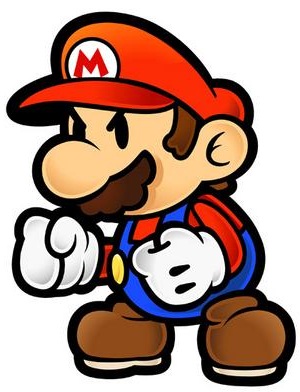 It isn’t always the easiest thing getting a gift for a friend or family member who is a gamer. There are so many new games out every month, that it’s hard for someone not engrained in the culture to keep up with it all. This guide will serve as your sherpa through the seemingly endless shelves of the nearest game store on Black Friday this week, guiding you to that choice gift that will solidify your position as the best friend or favorite family member in your nerdiest pal’s tech-obsessed heart.

The Wii U is the big new system of this holiday season. The key differences between the Wii and the Wii U is that the system is HD compatible and the new Wii U tablet-esque controller. With the new controller, Nintendo hopes to bring another new experience to the households of gamers everywhere. This tablet is fully touch screen capable and allows for different actions, such as a map, menu, or even the game itself to be transferred over to the the tablet’s screen. The Wii U is also backwards compatible with all the Wii games and the Wiimotes. The system will also be seeing some high-class re-releases in the form of games such as “Darksiders II,” “Assassin’s Creed III” and “Call of Duty: Black Ops II.” With these games, the Wii U is hoping to show the core gaming audience that Nintendo means business in their efforts to bring serious, AAA, third party titles over to the Wii U.

The Scribblenauts series exemplifies the sense of discovery and imagination that so defines childhood and reminds us why we love games to begin with. These titles allow the player to solve different puzzles by typing in the name of any object they want to create and, presto, the game would create it. Need to get something out of a tall tree? You could make a ladder, or you could make a lumberjack to cut down the tree and bring the object to you. This game continues that creative spark and encourages fun-filled problem solving that should bring a smile to the face of any child, including the one who lives deep down inside of you.

“One of the first “mature” games made specifically for the Wii U,” ZombiU” sees players taking control of a survivor of a zombie outbreak who is the main muscle of his group of survivors. This game looks to show what a new, mature experience on a Nintendo console could look and feel like. Holding the pad up level with the screen, the player uses the tablet to aim and shoot at the incoming zombie hordes. This game looks like a go-to for those looking for a game for the more hardcore-minded Wii U owner in your life.

“XCOM: Enemy Unknown” is a turn-based strategy game where you are the commander of the world’s last hope against an invading alien scourge. “XCOM” has incredible depth, as it also allows you to control all the behind-the-scenes actions of the alien-fighting organization, giving you the freedom to develop new weapons, armor, robots, psychic abilities, etc. “XCOM” makes you feel like you are truly commanding the world’s final line of defense in a dire struggle for survival.

The Dance Central series has been one of the best reasons to get a Kinect for a while and “Dance Central 3” is developer Harmonix’s best release yet. The game brings back the same dance gameplay that players love with great new songs. “Dance Central 3” also has several new game modes including a competitive mode where two players go head-to-head creating dance moves for the other player to perform. Think of it as “HORSE,” but with dancing. “Dance Central 3” does everything right and should be owned by any party happy Kinect owner.

The franchise that made a system is back for another installment. “Halo 4” isn’t made by the old guard at Bungie but instead is comes to us anew from 343 Industries and, frankly, they’ve done a fantastic job of breathing new life into the series. “Halo 4” delivers all of the fast-paced action a Halo player is used to, with some new twists such as the new enemies, The Prometheans, and a multiplayer mode with tweaks making it akin to “Call of Duty”’s level-up multiplayer. “Halo 4” doesn’t disappoint and sets up gamers for another great run with a new studio.

This game is different. “Tokyo Jungle” is a game where you take the role of animals as they try to go on living after humans no longer exist. The goal is survival and that means a literal dog-eat-dog world where you must do anything you need to to stay alive. As you play, you unlock bigger and better animals from meager deer to the daunting lion, all the way to totally absurd dinosaurs. This game is for those who enjoy something weird or, at the least, just plain different from the usual “Call of Duty” or “Final Fantasy” fare.

The Paper Mario series has always been a successful RPG twist on Mario’s adventures. The latest entry, “Paper Mario: Sticker Star,” looks to be one of the best and funniest in recent memory. “Paper Mario: Sticker Star” has players taking control of Mario in storybook form as he roams the Mushroom Kingdom, fighting classic enemies in RPG turn-based combat. This time, though, all of Mario’s actions are controlled by stickers that he finds and uses along his journey. This adds a fresh new twist to the classic gameplay, making the already great series shine even brighter.

“Xenoblade Chronicles” is the proverbial diamond in the rough when it comes to third-party Wii games. This RPG provides open exploration, turn-based combat with an action twist, plus a compelling story that will keep you invested until the very end. “Xenoblade Chronicles” is one of the first truly captivating RPG experiences on the Wii and, considering how few and far between great RPGs are on the Wii, it’s a crime for any Wii owner to not have this game.

Think of the board game Monopoly. Now throw in some of your favorite Japanese RPG and Mario franchise characters. As you go around the game board, you purchase property and stocks as you try to edge out the competition. That’s “Fortune Street” in a nutshell, a virtual board game with a lot of depth and challenge that’s just begging those looking for a new multiplayer experience to give it a try

“Nintendo Land” is a group of small party games that show off many of the Wii U’s new capabilities and is similar to what “Wii Sports” was for the Wii. To those purchasing the Deluxe Edition of the Wii U, this will come bundled in, while others will have to purchase it separately. The games range from a chasing game where up to four players run around a maze trying to find a fifth character who can see the whole maze to shooting gallery games which use the gamepad as a reticle. There’s a lot here to get players acclimated to the new system and the new controller’s dynamic here.

Borderlands 2 is the sequel to the surprising hybrid FPS/RPG hit of last year. “Borderlands 2” has players taking the reigns of one of four new characters as they run, gun, blow up and bludgeon their way across Pandora for another enjoyable adventure. Returning players will be pleased to see the game has not lost any of the gonzo humor or the ridiculous diversity in weaponry that they’ve surely become accustomed to. This sequel takes the formula of its predecessors and expands upon it, elevating the franchise to new heights of ridiculousness and pure, unadulterated fun.

The staple game series of this generation is back with it’s newest installment, “Call of Duty: Black Ops II.” The game’s campaign continues the series’ trend of high-octane action sequences reminiscent of big summer blockbuster movies, putting players right in the middle of the action and never slowing down. One of the main reasons that many are so hooked on the call Of Duty games, the multiplayer aspect, has been improved even further with this iteration. “Black Ops II” gives players near countless little tweaks that they can make to their multiplayer characterS, allowing for a much more personal and constantly changing multiplayer experience.