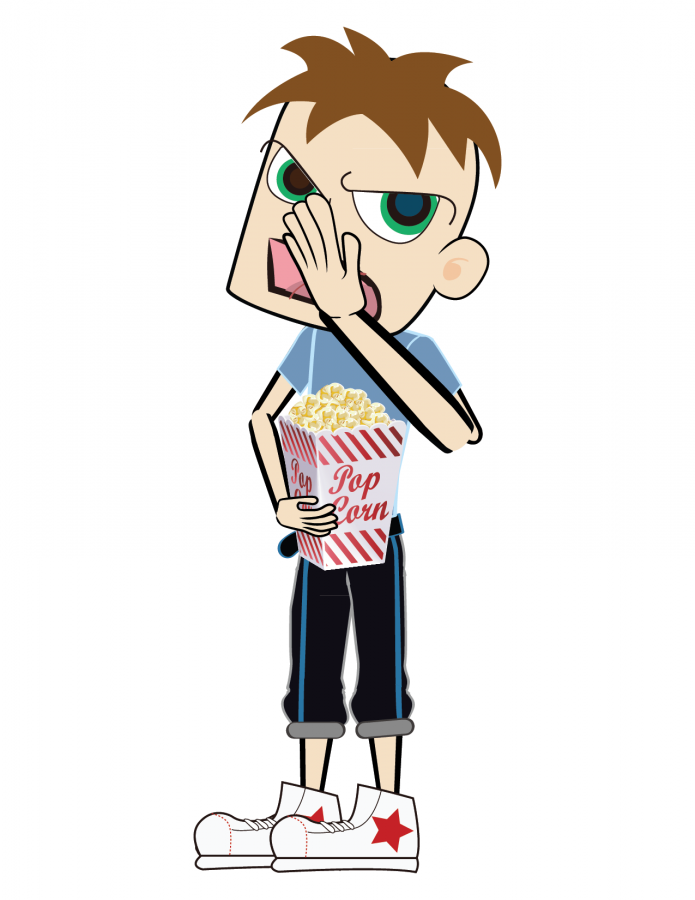 Every issue, A&E Editor Bill Thomas and Assistant A&E Editor Jake Cochran indulge their vanity and give a thoroughly biased crash-course in whatever madness happens to be dwelling in their warped minds. Their views do not reflect those of The Beacon, its staff or Wilkes University. Blah blah blah. This week, Bill Thomas is killing his brain cells with movies that are…

They have titles like “Bloodsucking Pharaohs in Pittsburgh” and “Frankenhooker.” They feature actors like Robert Z’Dar and Michelle Bauer (“Who?” Exactly!). They can be found at the bottom of the budget DVD bin of your local retail destination of choice.

Of course, there are a lot of folks that just don’t get it. How, they ask, could anyone actually enjoy watching a “bad” movie? Is it out of some perverse sense of self-torture or just a twisted enjoyment in the failings of others? Is it cine-masochism or cine-schadenfreude?

For Andrew Borntreger, the answer is “none of the above.”

“I do make fun of them, but I also appreciate the effort that went to them. … Sometimes you watch these movies and there’s a lot of interesting ideas in there. They just didn’t have the budget to pull it off,” Borntreger said. “All I really ask of a movie is that it entertains me. I don’t care how it does it. I don’t care if I sit there the whole movie wondering what the heck is going on. The worst thing a movie can be is boring.”

As owner and operator of the website BadMovies.org, Borntreger knows a thing or two about the subject. Type “bad movies” into Google and Bortreger’s website will invariably be the top search result.

Despite that, he’s not a low-brow mutant wallowing mindlessly in a sewer of cliché plots, jerry-rigged special effects and gratuitous nudity. Nor is he a hipster in thick glasses and tight jeans who thinks it’s funny to ironically feign affection for something he obviously means to mock.

Borntreger is a Marine with three kids. He holds acclaimed motion pictures like “Seven Samurai” and the 1957 version of “12 Angry Men” as near and dear as he does outré obscurities like “The Giant Claw” and “StarCrash.” And he’s not alone. Unsurprisingly, the humble writer whose words you’re currently reading – or, more likely, passing on the way to the sports section – in fact gathers regularly with a tight-knit circle of friends to indulge a long-held mutual addiction to cinematic junk food.

In a sense, what better way to view bad movies than as junk food for the soul? Like Twinkies, Ding Dongs and Ho Hos, bad movies contain pretty much no nutritional value and admittedly shouldn’t be ingested all the time. But, every once in a while, it can be a rush to indulge in something you know is bad for you. After all, without the concept of “bad” with which to contrast with, how can one ever fully understand the concept of “good” in the first place?

“You don’t appreciate cream unless you’ve drunk a lot of milk, and maybe you don’t even appreciate milk unless you’ve drunk some that’s gone sour.” So wrote Stephen King in his non-fiction book “Danse Macabre.” And, while yours truly takes issue with some of his statements in said book, even King acknowledged in it that bad movies can be used “to define positive values in terms of their own negative charm. They show us what to look for because it is missing in themselves.”

King’s words are especially amusing, given that he himself once directed an infamous film flop, 1986’s oft-overlooked “Maximum Overdrive,” about sentient appliances terrorizing Emilio Estevez in a truck stop. On the flipside, there’s Mike Nelson, Kevin Murphy and Bill Corbett, who’ve made careers out of making the unbearable bearable.

As key members of the creative team behind the gone-but-not-forgotten, Emmy-nominated, Peabody Award-winning TV show “Mystery Science Theater 3000,” the trio skewered such celluloid stinkers as “Hobgoblins” and “Manos, the Hands of Fate” to the delight of viewers everywhere and, in doing so, transformed B movies of all sorts into unintentionally hilarious masterpieces of accidental art.

Nowadays, the trio continues cracking wise in the form of downloadable film commentaries available via the website, RiffTrax.com.

Interested in experiencing a little of that “so bad it’s good” charm for yourself? This Thursday, R/C Wilkes-Barre Movies 14 will be one of several theaters across the country hosting a special live simulcast event at 8 p.m., wherein the RiffTrax trio will do what they do best, gleefully tackling the 2010 instant crap-classic Birdemic: Shock and Terror (see sidebar). Don’t miss it.

After all, there’s no such thing as a bad movie. Only a bad audience.

New to the world of bad movies? Not sure where to start? Here’s a list with some of the very best of the very worst. You’ve been warned…

Birdemic: Shock and Terror
Independent filmmaker James Nguyen’s first mistake was trying to fill the shoes of Alfred Hitchcock, cobbling together an illegitimate remake of “The Birds” with a nonexistent budget and a cast of non-actors who appear to be doped up on Thorazine. Then he replaced the real and mechanical birds of Hitchcock’s original with CGI seagulls that look a lot like early Internet Age clip art. Also, they make airplane noises and explode into balls of fire when they die. Cripes.

Plan 9 from Outer Space
The crème de la crap! This sci-fi suckfest earned infamous trash filmmaker Ed Wood the Golden Raspberry Award for worst director ever and has itself gone onto be known far and wide as the worst movie of all time. The costumes, sets, props and special effects are all laughable and the story is nonsense: Aliens come to Earth and raise the recently dead as weapons against humanity, a war played out through the excessive use of obvious stock footage. All this, and a cast featuring Swedish wrestler Tor Johnson, horror hostess Maila Nurmi (aka Vampira) and ol’ Dracula himself, Bela Lugosi, in one of his final roles.

Troll 2
The “Plan 9” of its day, “Troll 2” is notable for having literally nothing to do with the first “Troll,” and also for not actually having any trolls in it. There are, however, goblins. Evil goblins. Evil vegetarian goblins. So evil are these evil vegetarian goblins, in fact, that rather than actually eat vegetables, they instead use magic to turn their victims into human-plant hybrids, which they then devour while said plant-people are still alive. Starring a cast of American actors, but written and directed by Italians who spoke almost no English, “Troll 2” never had a chance. So popular is it in bad-movie circles that it earned its own retrospective documentary, called “Best Worst Movie.”

The Miami Connection
A talentless but somehow obscenely popular band called Dragon Sound butts heads with the leader of a nefarious organization of drug-dealing ninja bikers. Luckily, the band members all know Tae Kwon Do. Throw in subplots about forbidden romance and an effeminate adult orphan searching for his long-lost father, then crank the ‘80s pop-culture cheese up to the max. That’s “The Miami Connection” in a nutshell. Oh and, before you ask, it doesn’t even take place in Miami. Coming to Blu-Ray this December.

StarCrash
As with “Birdemic,” “StarCrash” is what happens when low-budget filmmakers try to recreate high-budget blockbusters. In this case, it’s Italian director Luigi Cozzi trying to ape the sprawling space-fantasy of “Star Wars” as well as the epic adventure of Ray Harryhausen classics like “The Seventh Voyage of Sinbad.” Starring British scream queen Caroline Munro as Stella Starr – a mash-up of Han Solo and Barbarella in a barely-there extraterrestrial-bikini – “StarCrash” is a campy, logic-defying celebration of laser beams, giant robots and David Hasselhoff. Andrew Borntreger-approved!

The Room
Tommy Wiseau is an artist, dammit! Don’t you dare tell him otherwise! Too bad his magnum opus, “The Room,” is a hackneyed soap opera of love and betrayal revolving around Wiseau’s massive ego. The opening credits list him as writer, producer, executive producer, director and, yes, star. Wiseau plays the imaginatively named “Johnny,” who showers his wife with affection, muddied though it may be by his slow wit and heavy tongue. Despite her hubby being such a catch, she inexplicably cheats on him with his best friend. Conflict and tragedy ensue. More like boredom and more boredom. To retain your sanity, don’t watch this one alone.