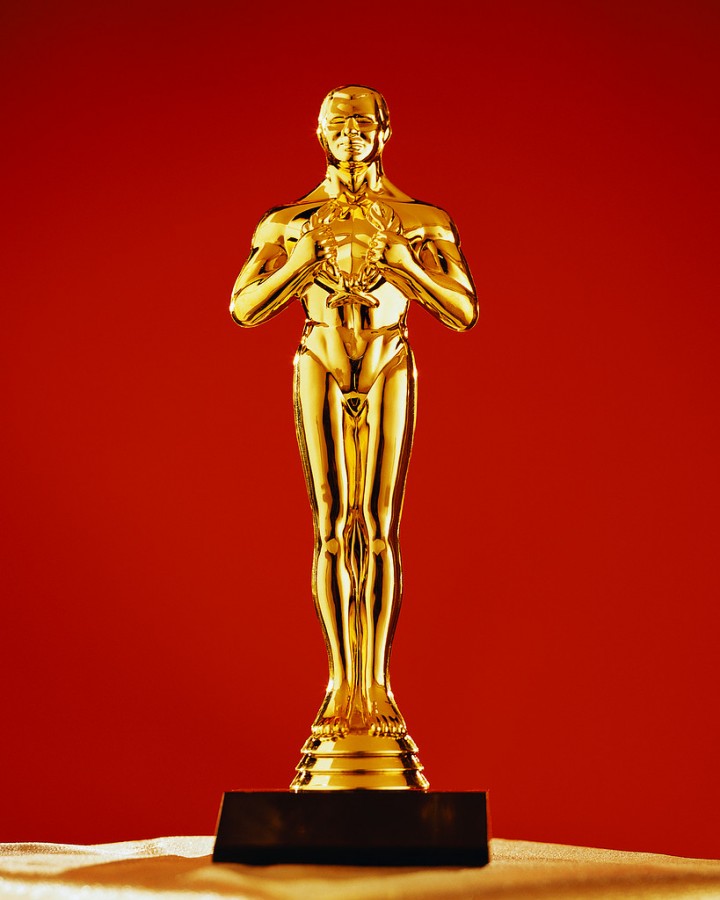 In anticipation of the upcoming 84th annual Academy Awards – airing at 7 p.m. on Sunday, Feb. 26, on ABC – we, the staff members of The Beacon, recently gathered at our secret volcano-fortress headquarters, a creative wellspring cluttered with the Grotto Pizza and Januzzi’s take-out boxes of victory feasts long past, to offer you up our own Oscar picks for 2012.

Between debates over the arguable merits of Michael Bay’s oeuvre versus that of Nicholas Winding Refn, each of us was challenged to name the one motion picture we saw in the last year that we felt deserved, more than any other, to be called the Best Picture of 2012. It didn’t matter if it was nominated for an Oscar or not. It didn’t matter if it was foreign or domestic, theatrical or straight-to-DVD, a critical darling or 100 percent rotten tomato. These are, simply put, the best damn movies we saw this year. And we don’t give a crap if anyone feels otherwise.

The breadth and diversity of the answers, as well as the many different reasons why each participant feels their chosen movie has proven itself to be award-worthy, is a window into the unique personalities and individualistic quirks, preferences, aspirations and worldviews that go into making a newspaper (and website) work. We all come from different backgrounds and we are all moving in different directions. However, we are united in our attempts to both hone our talents and exploit our abilities for the purposes of bringing you, true believer, the very best news, opinions, lifestyle profiles, art and entertainment previews and reviews and sports coverage that we feel is pertinent to the Wilkes University campus community. 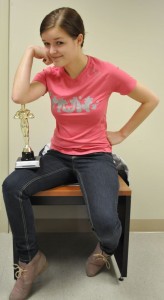 This year’s Oscar nominations are mere shadows of last year’s lineup. Last year, I watched every Best Picture selection and loved them all, compared to this year where I’m not even slightly intrigued by the majority of the options. I mean, really, “Extremely Loud & Incredibly Close” and “Midnight in Paris”? The Academy struggled this year.

The best movie I saw this year was an independent romantic drama, “Like Crazy.” This flick easily made my top five of all time. It was believable, heart-wrenching and captivating. The characters and their relationship were relatable, and the plot left you with a thought at the end – my favorite type of conclusion. In general, I wish the Academy recognized more of these independent films, and less of the mainstream films that seek to make a profit out of a tragic event in history or glamorize men cheating on their fiancées. 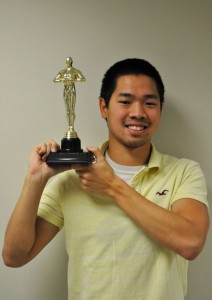 “Midnight in Paris” is an esoteric film that looks into nostalgic memories of traditional arts and literature that I experienced through many, many book reports. If you love American literature of the Roaring 20’s as much as I do, this is a movie for you.

Director Woody Allen must’ve had a grand old time writing this script. It’s fantastic. There are so many references that strike nostalgia for me: Every single line that Hemmingway has, Gertrude Stein’s character was played to perfection and the Fitzgeralds are just like how I would’ve imagined. How about Salvador Dali’s Rhinoceroses? Did you catch the “Toy Story 3” poster in the opening scenes?

I think the best and most under appreciated reference is when Gil meets Bunuel and gives him an idea for a film. A group of guests sit down at dinner and after the meal is over, they mysteriously find themselves unable to leave the house. Bunuel asks why and Gils says they just can’t. Bunuel says it doesn’t make any sense to him, but they won’t make sense to 99 percent of people reading this review anyways. Watch “The Exterminating Angel.” You’ll thank me later.

Allen never cares to explain how Gil meets these famous people. I don’t think he needs to.

I don’t even like Owen Wilson as an actor, but his portrayal of the typical Woody Allen character was so charming, honest and quirky. It finally let me pay him some respect as an actor, though I do credit most of his success to his director.

“Midnight in Paris” is nominated for four Oscars, including Best Picture and screenplay. It should win screenplay easily, but probably not for best picture, which is why I would like to personally hand it this Oscar for my favorite film of the year. 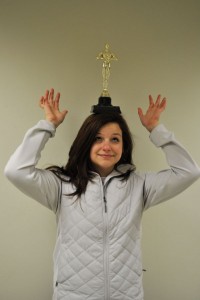 I love wildlife, so my favorite film of 2011 is “Shark Night.” The movie had twists and turns that left me swimming in a sea of surprise. Although the movie was meant to be horrific it was actually quite funny. As college students, all of the main characters were portrayed as fools who didn’t know how to do one simple thing to survive: stay out of the water. I especially love the creativity that made non-aggressive sharks violently attack. In the end the dog saved the day and the bad guys died. What a perfect happy ending. I loved it! 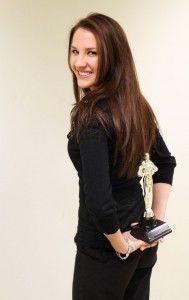 My favorite movie of 2011 would have to be “Harry Potter and the Deathly Hallows – Part 2.” I thought it was a phenomenal ending to one of the best book series of our generation. You could really connect with the characters on an emotional level. 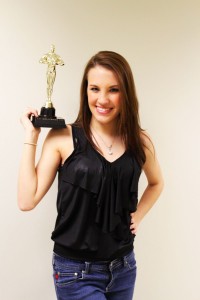 “Super 8” deserves to win Best Picture because it is very adventurous, mysterious and filled with a lot of imagination. The movie is not predictable in the least, and deserves major props for its originality. 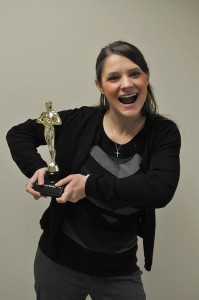 My favorite movie of 2011 has to be “The Help” because it really does a good job of giving a voice to those who have traditionally been silenced. It also shows that having to take on two different roles is very hard to do and eventually you will crumble as a result. 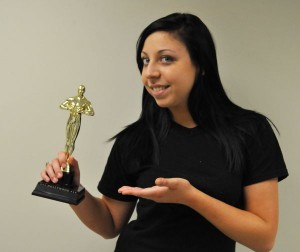 The best movie I saw in 2011 was “Sherlock Holmes: A Game of Shadows.”  This movie was witty, funny, intense and had an awesome ending.  I’m also in love with Robert Downey Jr. and Jude Law. 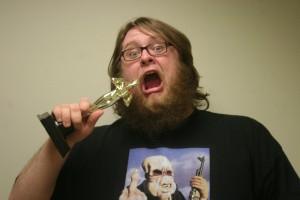 A modern-day classic of the crime genre akin to ’70s Steve McQueen vehicles like “The Getaway” and “Bullitt,” “Drive” is yet another entry in what is turning out to be a lengthy string of home run-hitting masterpieces from one of the most talented maverick filmmakers in the industry today.

Though not as powerful as director Nicolas Winding Refn’s prior film, 2009’s woefully underrated “Valhalla Rising,” “Drive” defied audience expectations, revealing itself a cinematic Chinese box; it’s a fairy tale masquerading as a horror story masquerading as an art film masquerading as an action flick — simultaneously a character study, genre study and a deconstructionist examination of that trusty popcorn movie cliche’, the car chase. Whoa!

It’s tempting to rattle off a list of the various filmmakers Refn channels here – identifiable influences include Jean-Pierre Melville, Michael Mann, David Lynch, Sam Peckinpah, Martin Scorsese and Jean-Luc Godard – but to do that is do Refn an injustice, erroneously implying he’s merely of a master of mimicry, as opposed to a modern-day auteur. Fact is, while “Drive” invites some comparisons, it ultimately stands alone.

Unlike every last of one of this year’s Best Picture nominees, “Drive” isn’t afraid to get its hands dirty. But it manages to do so without ever sacrificing artistry or emotion. Also unlike most of the Best Picture noms, “Drive” never stoops to cheap sentimentality, critical pandering or pretentious posturing.

Instead, with its seamless blending of pop culture iconography and boundary-pushing artisan craftsmanship, “Drive” proves itself one of those rare motion pictures capable of combining brains, heart and jumbo-sized cojones in such a manner as to please non-ironic action fanatics and post-modern art-film junkies in equal measure. A vicious, tightly-coiled and ultraviolent film bolstered by an intense, effortlessly electrifying cast, “Drive” is an exploration of contrasts: alternately frantic and meditative, thrilling and disquieting, stoically lonesome and cruelly humorous.

More than anything, though, “Drive” deserves an Oscar because it doesn’t care about winning Oscars.

Refn isn’t out to win awards with this one. He isn’t trying to make “Oscar-bait.” All he wants to make is movies. Good movies. Entertaining movies. Intelligent, uncompromising, deeply personal movies that test the limits of the medium.

Those movies just so happen to also be, yes indeed, worthy of Oscars. 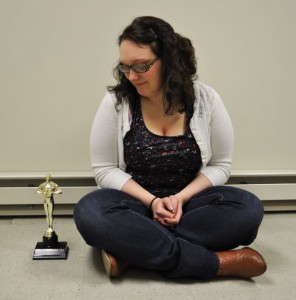 My favorite movie of the year is “Harry Potter and the Deathly Hallows – Part 2.” It was exciting to watch the characters grow up over the years. Overall, it was a great end to a fascinating series. 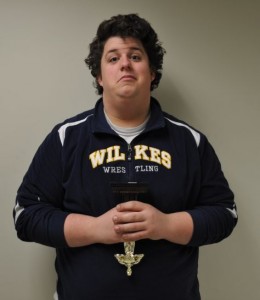 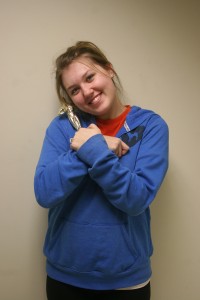 My Oscar pick is “The Help.” I love the movie because whatever emotion the characters were feeling, it was like you could feel it, too. Although it is somewhat of a sad story, the righteous prevail in the end and you are left with such a heartwarming feeling. Overall, it was a great movie with a great cast. It should be a must-see for everyone. 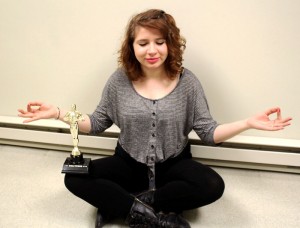 “Hobo with a Shotgun.” I feel like this movie completes me. 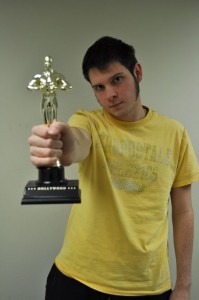 “Rise of the Planet of the Apes.” I loved this movie because it was representative of William Shakespeare’s “Julius Caesar.” The movie was well-thought-out, progressed steadily and ended in a monumental conclusion, thus setting up the next movie in the series perfectly.  “Rise” gave me a sense of the necessary evil that all humans deserve by holding apes down; very symbolic of so many real-world situations.

“Rise of the Planet of the Apes.” Unlike the majority of movies released lately, this film grabbed the attention of more than one generation. Aside from the action-packed plot, young viewers were thrilled by visual affects while baby boomers enjoyed a reboot of their generation’s story. Who couldn’t love two hours of James Franco and a team of brilliant CG primates? 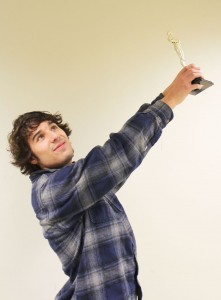 “Transformers: Dark of the Moon.” Because Bay is the man.  The graphics are far superior to the other movies. I was just blown away. 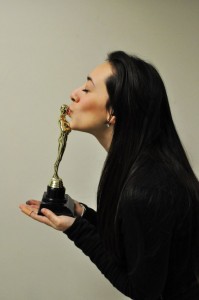 “Crazy, Stupid, Love” was one I was hesitant to see (my cynicism sways me to amazingly depressing movies), but one scene is a complete game-changer that comes out of nowhere! Even though I’m not a fan of mushy-gushy-lovey movies, “Crazy, Stupid, Love” is one that separates itself from the rest. 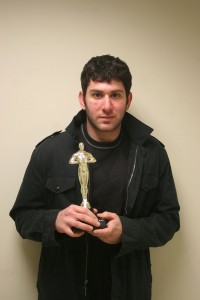 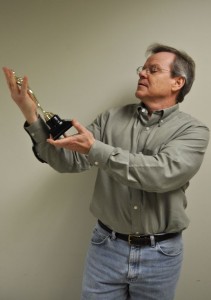 Not a good movie-viewing year for me. The best movie I actually saw was “Captain America.” That tells you how few movies I saw. The movie I’m rooting for is “Ides of March” because it’s tough to make a good movie about politics. Clooney is never fantastic, but he’s done so much “very good” stuff that he deserves an award. It’s either that or “Bucky Larson: Born to be a Star.”