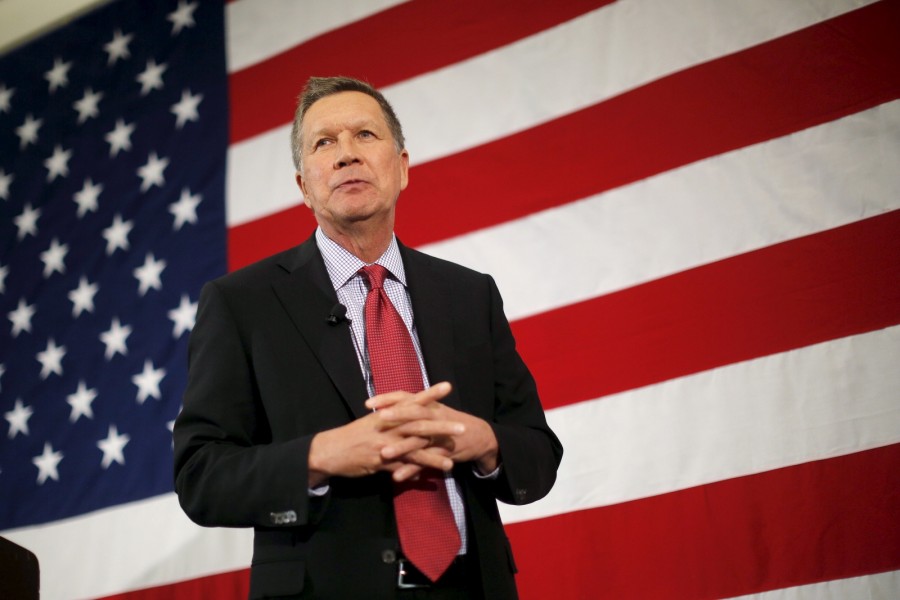 Last night, MSNBC was supposed to air a John Kasich town hall at 8 pm hosted by Willie Geist. However, with the news surrounding the Trump rally chaos in Chicago, the town hall aired at 11pm.

Governor Kasich and Willie Geist sat in the middle of a strong crowd of 150 people. Important questions regarding issues that actually concern normal Americans were brought up. Throughout the town hall there was an enthusiastic vibe unlike any Republican debate that has aired. This vibe echoes the kind of campaign he’s been running all along despite the media only catching on to him in the past four weeks.

Some of the issues touched on included ISIS. When asked abut his strategy for defeating the terrorists group he said, “Muslim Arabs have been our friends. We need their help. We need European allies. We need to go in the air and on the ground and destroy them. Then, let the regional people sort it out.

During Thursday night’s mostly civil debate, Kasich put on a fantastic performance. One of his standout moments included his talk on the climate. A topic that Republicans don’t normally discuss. He acknowledged that humans contribute to climate change. He said we can create jobs by combating an unusual warming climate.

In regards to his own state of Ohio he had this to say. “In our state we’ve reduced emissions by 30%. Now let me tell you also what we’re trying to do. We want all the sources of energy. We want to dig coal but we want to clean it when we burn it.” The Governor also said while he believes in natural gas and nuclear power, but also stated that he believes in solar and wind energy efficiency. What this means is that he’s the only one left in the running who has a brain and can accept scientific evidence, as opposed to the zombie followers of Trump and Cruz.

It’s go time for John Kasich. Polls suggests he has surged ahead of front runner Donald Trump. As of Friday, aides to Marco Rubio have urged people in Ohio to vote for John Kasich as the “stop Trump” movement has been growing. It will be riveting to see what happens after this Tuesday. Host Willie Geist asked him at the end what he thinks if Trump were to consider him as his Vice President. “You better not say that in front of my wife!”…as he chuckles. He then said to Willie, “are you available for VP with me? There’s a plane and there’s a house.”