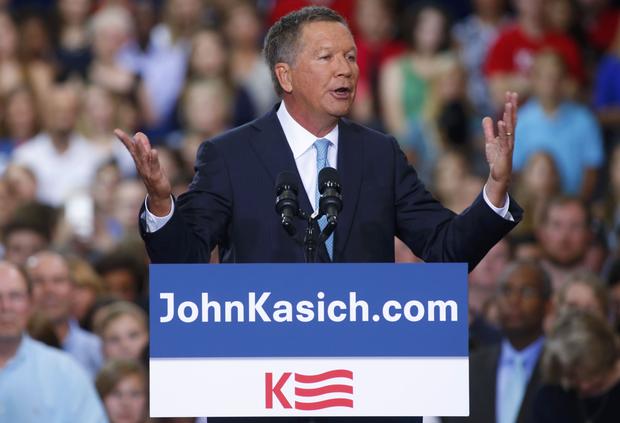 What in the hell was that last night? Was that a Republican debate or a fight at the high school lunch table? I’m so puzzled right now and I think the rest of America is too.

There are six candidates left in the race. A majority of them have pushed the Republican party so far to the far right that it’s about to fall off the cliff into extinction and irrelevance. A recent Gallup poll now shows that Independents make up 42% of the electorate. That’s bad news for the Democrats and Republicans as now only 29% of Americans identify as Democrat and 26% of Americans identify as Republicans.

During the debate there were plenty of unnecessary personal attacks. Especially those between Trump, Bush, and Cruz. Another thing that drove me freaking insane was the bible banging that Pastor Ted Cruz decided to whip out again. I mean, there’s only so much preaching you can do during a campaign.

These Republicans need to focus on their plans and strategies. What they don’t need to focus on is pandering to crazy religious imbeciles and appealing to those that live in the deep woods of the south. You know, the ones that wave a confederate flag on the back of their over sized pickup truck with all the monster energy drink patches on their clothes.

However, there is one savior left in this Republican campaign season. That’s Ohio Governor John Kasich. He’s the only moderate up on stage. He’s the only one that can appeal to Independents and possibly even Democrats in a general election. He’s run the most positive campaign besides Bernie Sanders. Kasich refuses to get involved with brawls between the other candidates.

If John Kasich doesn’t win the nomination then you can bet your @$$ that the Republicans are doomed another election cycle. The republican circus is running out of hope. The debate was just another example why the two party system is corrupt and young voters want out of it.