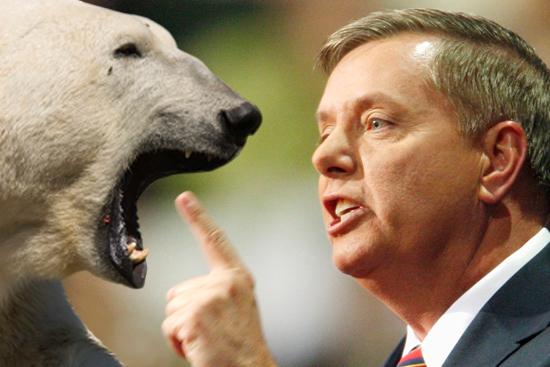 There is so much to say on the current state of the GOP race right now. So many thoughts but it’s hard to choose what to say first. Let’s start with the fact that there’s still 15 candidates!

Two debates down and two candidates down. Yet, with the failure candidacy’s of Gov. Scott Walker and Gov. Rick Perry, there seems to still be an overwhelming amount to chose from. However, I don’t think it’s that difficult if you think long and hard, which might be hard for conservatives to do.

Let’s start off by eliminating a few choices. Those are Rick Santorum, Mike Huckabee, Sen. Lindsey Graham, Jim Gilmore, and Sen. Ted Cruz. They are by far the most bats#*t crazy, even Dr. Ben Carson can’t help them.

Rick Santorum is an extreme embarrassment to Pennsylvania. He’s homophobic, anti-union, and anti-gay marriage for one thing. On the View speaking to host Raven-Symoné this past Wednesday he said the following. “When you have a law that says, as the Court said, that marriage has nothing to do with children anymore, then what you’re gonna have is you’re not gonna have a society encouraging the behavior that is in the best interest of children and the future of society.”

Mike Huckabee is an interesting kind of wacko. He’ll start off great by sounding intelligent on economic issues, but then when social issues come up forget it. He’s just another evangelical extremist who is best friends with Kim Davis and says things like: “the fact is the Republicans don’t have a war on women, they have a war for women, to empower them to be something other than victims of their gender.”

Sen. Lindsey Graham is the poster child for Republican war hawks. Everything he says should be enough for anyone with a brain to vomit. His war stance is absolutely pathetic and I challenge anyone who supports this maniac to step forward and address why you do. He talks about killing people more than any other candidate. “If I’m president of the United States and you’re thinking about joining Al Qaeda or ISIL, I’m not going to call a judge. I’m going to call a drone, and we will kill you.”

Yes, ISIS is dangerous and Americans wishing to join them are a disgrace to us. However, wanting to kill someone for thinking, no matter how bad, is a horrible character trait to possess. These warmongers, homophobic, and sexist candidates of the Republican party need to disappear.

I can go more into detail on some of the other mentioned candidates, but that would take multiple articles. Who knows, maybe I’ll get around to it, but hopefully by then Santorum, Huckabee, and Graham will drop out by November. My next article will focus more on the upper tier candidates who aren’t as crazy as the previous mentioned. This is just the beginning. Also, the Democrat candidates will certainly not escape my criticism either.