Politically Unapologetic: What about Bernie Sanders? 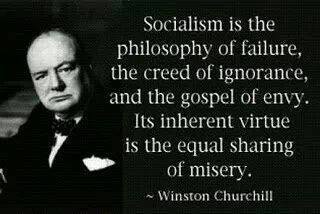 “The problem with socialism is that you eventually run out of other people’s money” ~ Margaret Thatcher.

The first half of 2016 saw no one major step up to challenge 2016 Democrat candidate Hillary Clinton, former Secretary of State from 2009-2013. That is, until April 30th when Independent Senator Bernie Sanders from Vermont announced his run, while holding his first big rally on May 26th.

Sanders has been an Independent politician since 1979 when he left the Liberty Union Party. He first became Mayor of Burlington in 1981 which he would hold on to for nearly a decade. After serving in the House of Representatives throughout much of the ’90s and early ’00s, he decided to run for senate and won it in 2006. Sanders was re-elected in 2012 and is currently still a senator.

Now that Clinton officially has a potential “real threat” opponent, the critics will be out in full force against Sanders. There are some valid arguments the critics are making against his slim chances. Bernie Sanders calls himself a democratic socialist. Unfortunately for him the word “socialist” is a bad word in America. Here are some basic outlines of what socialism in America is.

1: Everyone has free access to goods and services which also means there is no system of payment because the work is voluntary. 2: Everyone will have the right to participate in decisions on how global resources are handled.

3: There are no human incentives because the government would already have everything planned out for us. 4: Production would be solely for use. 5: Since it’s just for use, this eliminates consumer choice. According to an article on the website Thought Catalog, “Basically, profit is a signal. Without this signal, we wouldn’t have much to base our production off of, unless we wanted to start measure human incentives by weight like the Soviets did.”

See where this is going? A President Bernie Sanders would be rather dangerous, even though he would never get his ideas past the House of Representatives. As appealing as it is to hear a candidate talk about redistributing the wealth to the poor, it just doesn’t happen that easy.

During his rally Bernie Sanders said this in regards to the poor of America: “There is something profoundly wrong when one family owns more wealth than the bottom 130 million Americans.” However, in the article mentioned above from Thought Catalog it mentions the following. “The falling levels of investment, consumption, and production would offset any possible positive effects of redistribution. You might be interested to know that even at the peak of income inequality, the living conditions of the poor are better than any other point in history.” Socialism has very good intentions, but the effects of it automatically has that idea doomed from the start.

Nick Durdan, a Wilkes senior, has this to say about Bernie Sanders. “He’s the evil, ugly messed up polar opposite to Ron Paul.”

Bernie Sanders has some good qualities about him that appeal to not just the people of Vermont and far left leaning Democrats. On hot button issues like foreign policy, which no doubt will be front and center during the upcoming presidential debates, he succeeds.

Bernie is a non-interventionist. Although he is no Ron Paul, the man supports civil liberty issues like being against the NSA and their overbearing ways of spying on Americans. On the topic of gay marriage (before it was legalized) he said in a recent statement a few months ago, “Of course all citizens deserve equal rights.” It’s time for the Supreme Court to catch up to the American people and legalize gay marriage.” His long standing record such as voting against the Defense of Marriage Act in 1996 shows his support.

Lastly, he supports the decriminalization of marijuana. Although he’s not quite on board for legalizing it for recreational use, he did have this to say about the war on drugs during an interview with Time.

“I have real concerns about implications of the war on drugs. We have been engaged in it for decades now with a huge cost and the destruction of a whole lot of lives of people who were never involved in any violent activities.”

Senator Bernie Sanders will most likely not be a huge threat to Hillary Clinton. His positions on most issues are varied which will explain why he’s an Independent, but caucuses with the Democrats. Although he might be a little fiscally conservative and socially liberal, it’s not enough to make him a crossover candidate that appeals to Republicans, Libertarians, and non-extreme left wing liberals.

Before his rally on May 26th, his overall poll rating average in the Democratic race was at 10.6%. It now hovers around 20-25%, which is causing concern for the Clinton camp since her unfavorable rating is rising. The coming weeks will really tell if Sanders can catch Clinton, given that Joe Biden doesn’t jump into the race last minute.

I’m Eric Casey and my views are unapologetic and sometimes controversial.  Sorry not sorry!  Also, my views are solely mine and not representative of the Beacon staff.