Indie Flavour: So much music! 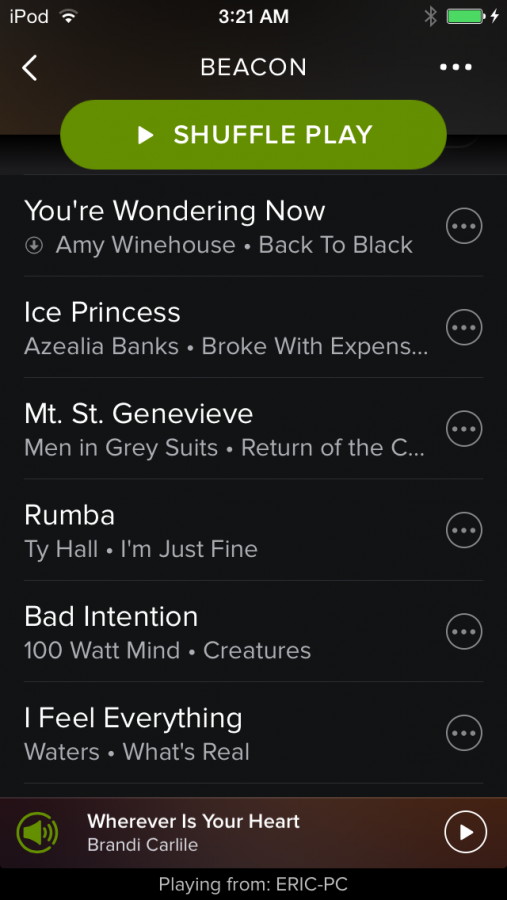 It’s been almost two months since the last blog post. The semester has finally ended, and now I can stay up until 3am and sleep in until 1pm. Not that I wasn’t staying up late and getting four hours of sleep all semester!

Anyway, instead of recapping everything that has been going on in the music world, I’ll just talk about what’s going on now.

The biggest news in my opinion is the Amy Winehouse documentary titled Amy. Although it has caused controversy from the family, it’s already gaining Oscar buzz. Rave reviews are coming in after its premiere on May 16th at the 2015 Cannes Film Festival. It’s being called “a tragic masterpiece.”

The film will be released in the U.K. on July 3rd and worldwide July 10th. British filmmaker Asif Kapadia directed Amy, but also directed Senna which was about a famed Brazilian Formula One driver who died at a young age. The film won two BAFTA awards in 2011.

Azealia Banks may still be riding high on her long awaited debut album Broke With Expensive Taste and recently released a new video for her song “Ice Princess”, but she’s already talking about a new album titled Business & Pleasure. She told NME that the album is half finished and can be expected to be released next year.

As the Assistant Music Director for our campus station 90.7 WCLH, I go through lots of new music each week that is either mailed to us or that I find on my own. Since my partner in music crime, Alternative Director Rebecca Filipski, is home for the summer I have decided to work diligently in maintaining the alternative music rotation.

An album came in to the studio the other day called Return of the Cnidarians by Men in Grey Suits. Their promotional mini poster grabbed my attention by saying something about how the band makes retro surf rock tunes. I gave it a listen through and really enjoyed it. “Kinder n’ Tindlin” and “Mt. ST. Genevieve” are highlights and the tracks I chose to add to rotation this week.

Also, other cool songs to check out include “Empty Pages” by Highland Kites, “Rumba” by Ty Hall, “Under the Impression” & “Bad Intention” by 100 Watt Mind, and lastly “I Feel Everything” by Californian band WATERS.

It’s off their sophomore album What’s Real, which I highly recommend after seeing them open for Matt and Kim in April. They signed their own album that I bought from them after the show, and overall they were fantastic people. You can listen to all the songs mentioned above on our station 90.7 WCLH and even on my show “Indie Flavour” every Wednesday from 2-5 pm this summer.