AutoTalk; Sticking Together For 46 Years 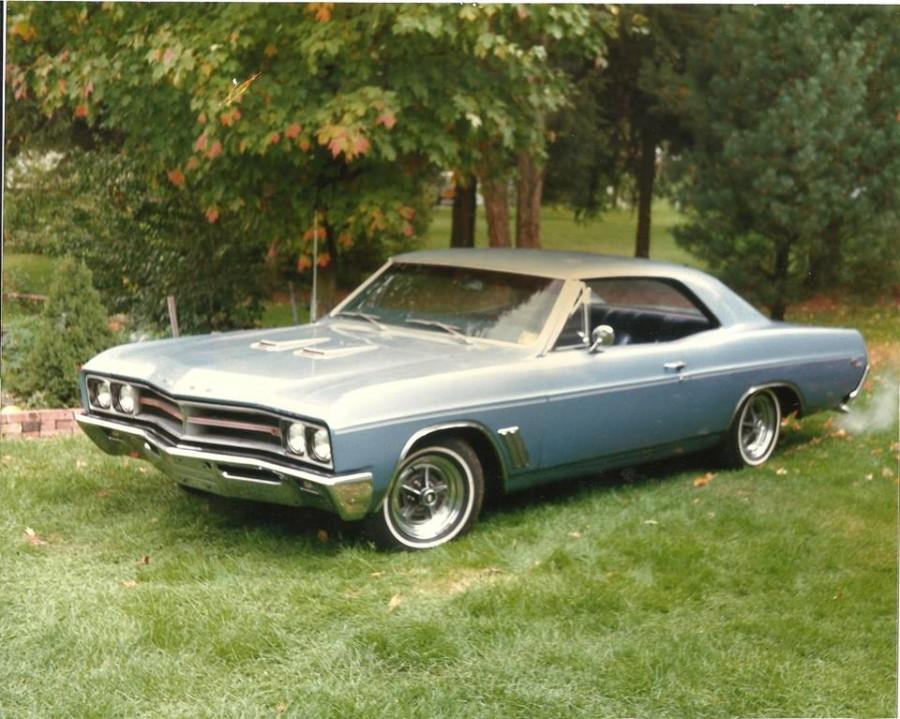 I hope everyone is excited for spring break! I know for sure that I am. I’ll be making a video for AutoTalk’s YouTube page on how to change your own oil! I decided for this weeks blog, I’ll tell the story about my grandfathers 1967 Buick GS400. For anyone who’s read my AutoTalk blogs, you know I mention this car almost every blog. People always ask me what the big deal about his car is. There’s lots of big deals! Pull up a bench, bean bag, stool, etc. and let’s take a journey. Before we begin, you might be asking why the title is only 46 years? Unfortunately, Grandpa passed away in 2012, so he is physically no longer with the car, but he is in spirit. The car will soon be celebrating 50 years of being alive. Hopefully, it will spend many many more happy years with us.

January, 1967, Grandpa places his order for his brand new 1967 Buick GS400. He custom orders it from the Buick factory with a Muncie 4-speed transmission, bucket seats, and power steering. Those were the only “extras” that he wanted. On February 10, 1967, the day starts off like any other for Grandpa, and later in the day, everybody starts hollering “Al your car’s here!” He steps outside, and there is his beautiful brand new car. It sat on top of the big GMC car carrier, the only car on that truck. He said it looked like a king sitting up there.

He never planned on keeping the car. He wanted to sell it in 1969, but he figured he wouldn’t get a good price for it. If you think back, 1969 was one of the signature years of the American muscle car era. The Chevrolet 454, Pontiac 455 and the Oldsmobile Rocket 455 were coming into play. Who would want a small 400 engine? Grandpa ended up keeping it. He parked it in the garage in 1974 when gas prices were at 60 cents per gallon, but he didn’t neglect it. He ran the car on a regular schedule, and would take it for a “walk” every once in a while. Before he knew it, the car was a classic, he immediately registered it as a classic, and it has been ever since.

At some point in 1968, he had to have the piston rings replaced because there was a TSB (Technical Service Bulletin) issued on the rings. A TSB is the equivalent to a recall in today’s terms. That was the first time the motor was apart, and it was the last time the motor was apart until last summer when the front cover seal had to be replaced. Even the clutch is still the same one from when it came out of the factory. The fact that he didn’t drive it for a while has little to do with the health of the clutch. If you know how to drive a manual transmission, you will not ruin your clutch. The clutch has very minimal wear, and will last for many more years.

He always made sure to keep the car clean, especially in the winter time. Sometimes he’d wash it three times in one day. He’d always oil the car too. Now I don’t mean always filling the car with oil, but actually putting used motor oil on the parts of the car. He’d pour oil in the trunk underneath the trunk liner, and spray crucial parts of the car with oil. He’d spray the rocker panels down, he’d spray his frame rails down, and the motor mounts and the suspension parts. He always kept the car in the garage, and never skimped out on any parts. He bought the best quality parts, tires, wax, cleaner, etc. He never put Pennzoil, Quaker State, or any of those low-grade motor oils. He used Castrol GTX motor oil. Thanks to that GTX, the inside of the motor still looks brand new. Hopefully the car will soon be going on a diet of synthetic motor oil, which will help with the age of the vehicle. With lower grade oils, deposits of coal (oil in it’s natural form) will form in the motor, and eventually lead to premature replacement of certain engine parts. Keep in mind, this motor has just under 80,000 miles, but it is a 48 year old motor, so it needs some help to keep healthy. A high quality synthetic motor oil will help keep the motor in a good state.

WHERE IS IT NOW?

The car resides with my Grandma and is now regularly attending car shows, and dropping jaws as it cruises down the road. Perhaps you will even see it at the ASME car show this year on April 19 from 11-3 in the Henry Student Center parking lot.

Be sure to tune into AutoTalk every Thursday from 11-noon on 90.7 WCLH. You can catch AutoTalk TV on WilkesNow every weeknight at 7:30 PM on Service Electric Cable Channel 97, and live every Tuesday at noon. Follow us on Facebook at AutoTalk WCLH- 90.7 FM, and on YouTube and Instagram at AutoTalkWCLH.