Mesa Blog: Wait – I get paid for this? 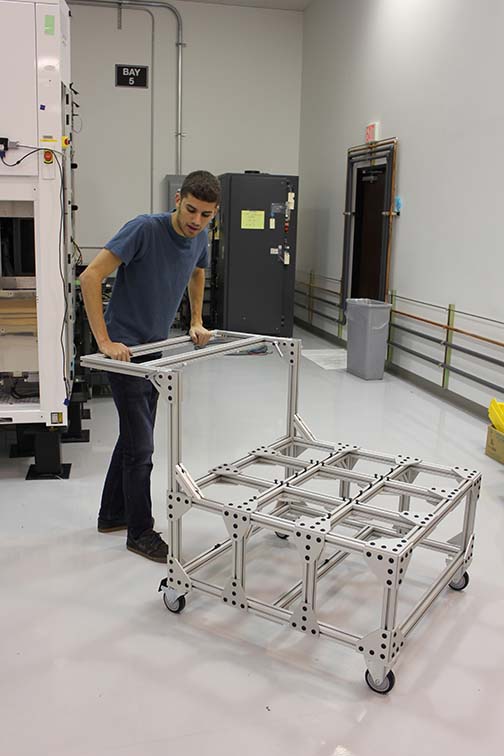 After weeks of careful planning, designing, and ordering, we finally got to start getting our hands dirty at work again. Alex Planer and I have been working on designing test rigs for machine components at our internship.

We have been doing a good chunk of work on making part lists, detailed drawings, and other related documents. Designing was fun, making simulations on the computer and such, but being an active force in making the plans a reality was a great change of pace. I haven’t had this much fun since LEGO (which oddly wasn’t that long ago).

Our parts came in, we printed out our drawings we made, and went to work. We unpacked all the parts and organized them like child would organize presents. Then, we were gone from the world. It was a flurry of tools and bolts as our industrial erector sets slowly took form.

A day later, the frames were complete, and we were embarrassingly giddy, but too excited to care. There is a certain joy behind getting so enthralled with something to the point where time no longer feels relevant. It’s only my project and me.

When I stop though, I find it hard to believe that work could be so much fun. I’ve always thought that part of happiness lies in doing what you love. It’s starting to look like I was right.