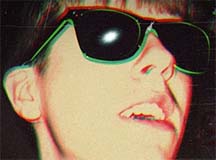 Hey there Beacon readers! Some music news to share with you for this lovely week in April. Seriously, this weather is amazing. I mean I love Winter and all, but if it can stay in the 60s all month that would be glorious. Anyway, with warmer weather comes the “summer” songs.

Although there aren’t any notable album releases, there is album news to mention. Irish rock band U2 have yet to release their new album, and in fact sources say it is not finished. Apparently they had to “jump ship” on the album to do the Mandela song, which didn’t end up winning an Oscar surprisingly. However, album or no album this year, they are expected to start a new tour early in 2015.

The highly anticipated “Ultraviolence” album by Lana Del Rey still has no set release date, despite rumors it was to be released May 1st. Her new single “West Coast” just arrived April 14th so be sure to download it and play it over and over! This year may finally be Lana’s big break that she has so come to deserve.

The 15th annual Coachella Valley Music and Arts Festival is underway in Indio, California. This past weekend April 11th-13th saw some incredible acts varying from different genres. As usual the heat and dust is unreal, but thousands brave the conditions to catch a glimpse of their favorite bands and DJ’s. In past years Coachella has had great artists grace the stages such as Amy Winehouse, Daft Punk, and The White Stripes.

The first of two weeks came to a close Sunday night. Over the weekend I was able to enjoy watching my favorite acts via the live stream Coachella has provided in recent years because of how popular the festival is for those that can’t actually attend. I swear one day I will! Anyway, some artists I enjoyed watching were Grouplove, Ellie Goulding, Jagwar Ma, Martin Garrix, The Head and The Heart, Capital Cities, Lorde, MGMT, Arcade Fire, Disclosure, and others.

I would say Lorde and Jagwar Ma surprised me the most. I have never seen them perform live in person or on a live stream, but it was unbelievable. Aside from Glastonbury Festival in the U.K., this is my favorite festival that will most likely continue on for decades to come. Check out my radio show Indie Flavour with Rasha Shaker (Ellybear) and I (Nighthawk) every Thursday 1-3 pm on 90.7 WCLH for latest and greatest in Indie, Folk, and some EDM. Have an awesome break!